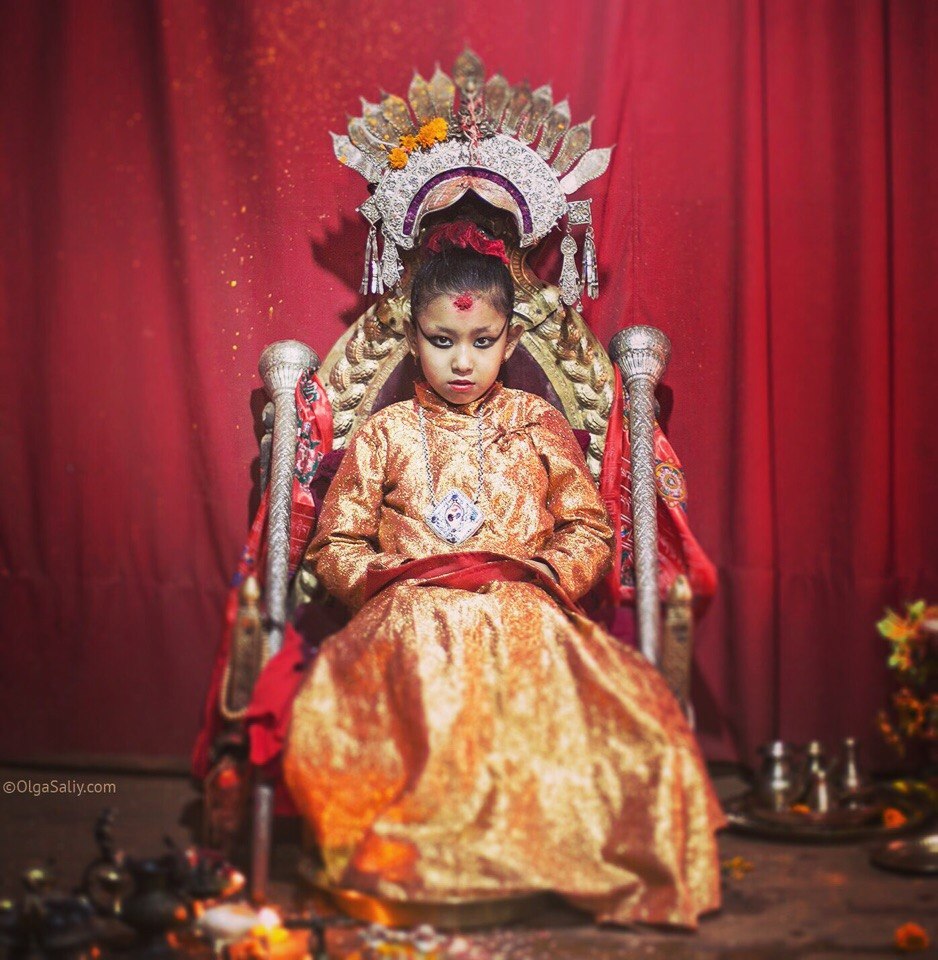 Kumari is Living Goddess Nepali tradition of worshiping young girls as manifestations of the divine female energy. Kumari selected from the Shakya or Bajracharya clan of the Nepalese Newari community.

Kumari is believed to be the incarnation of Taleju Bhavani (a Nepalese name for Durga) until she menstruates, after which it is believed that the goddess vacates her body. Serious illness or a major loss of blood from an injury are also causes for loss of deity.

After the goddess Kumari leaves the body, the girl can continue her education in school and lead a normal life. It’s hard to start, but it happens. Most of the women who have been Kumari get married and have children. 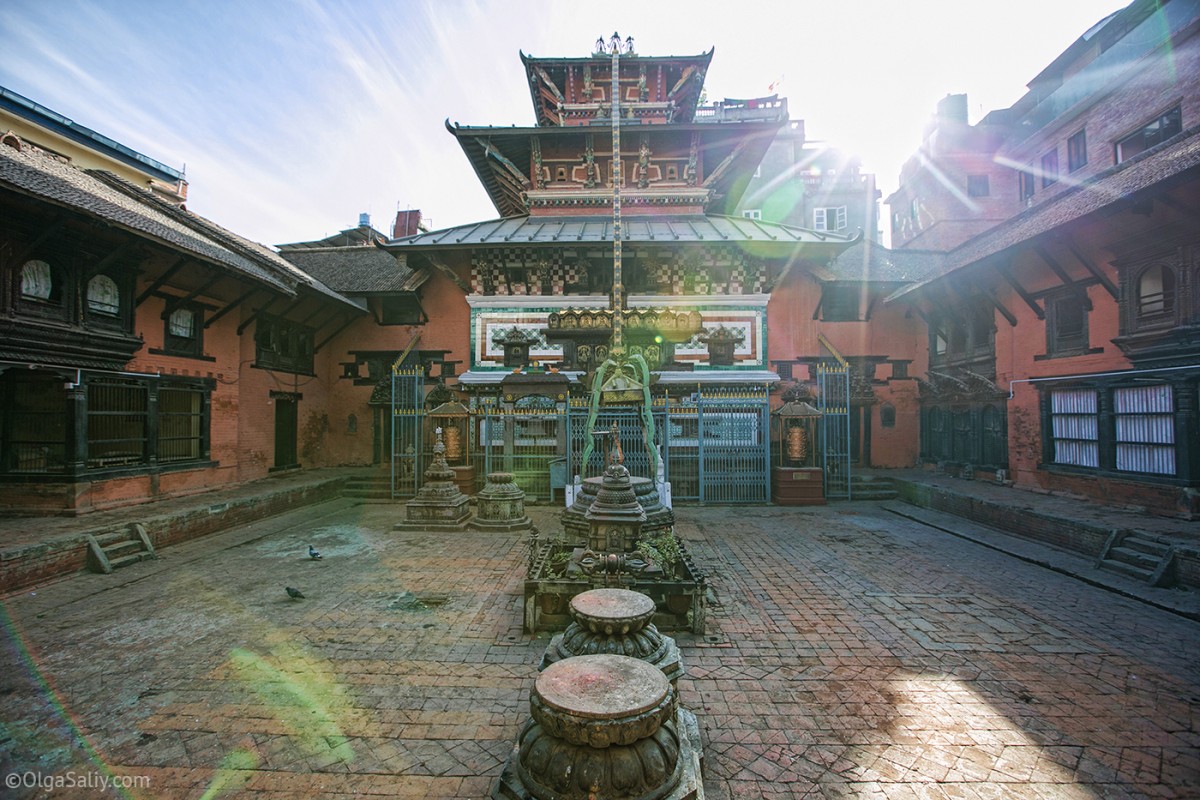 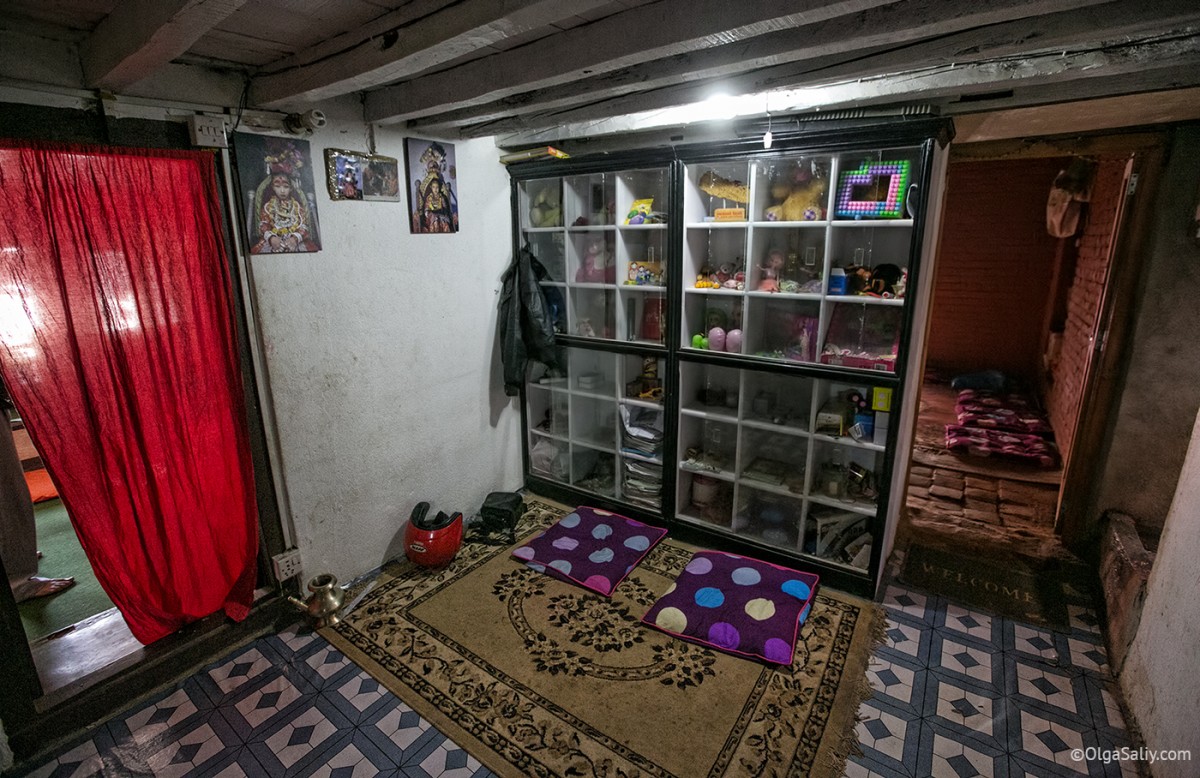 Livingroom in Kumari’s house and her toys on the shelves. 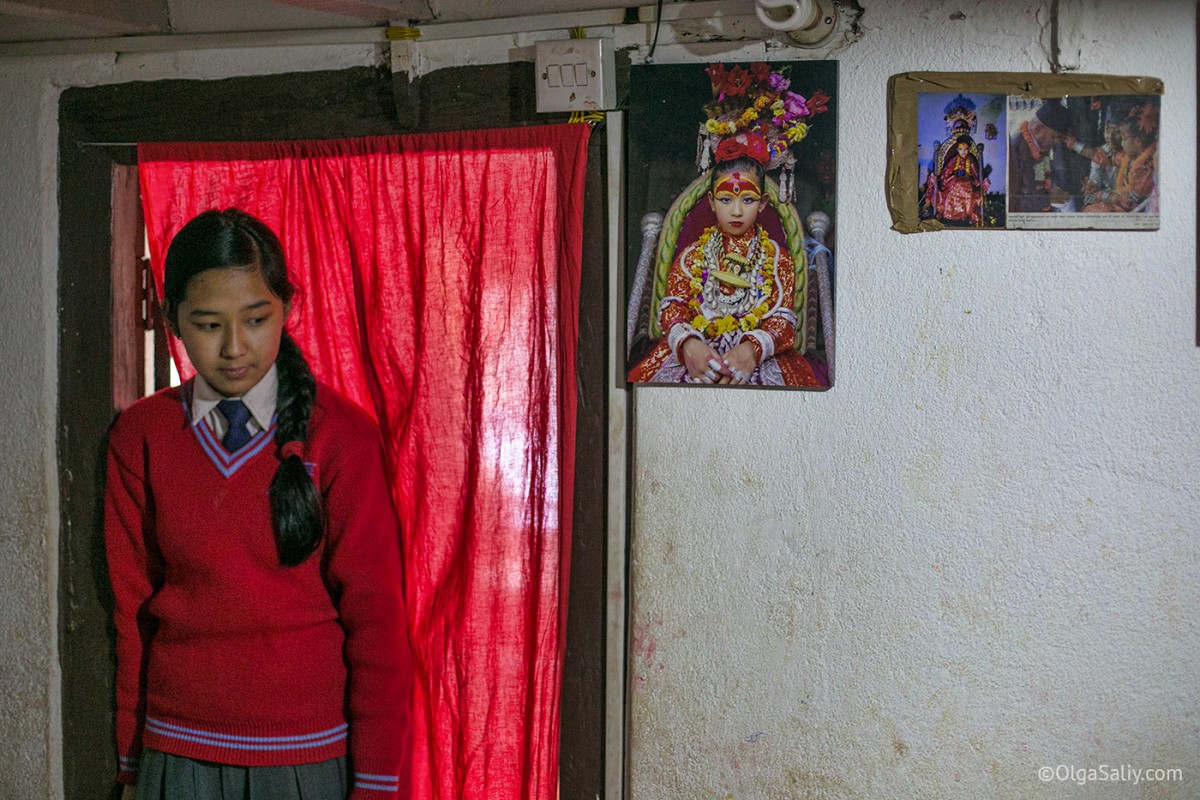 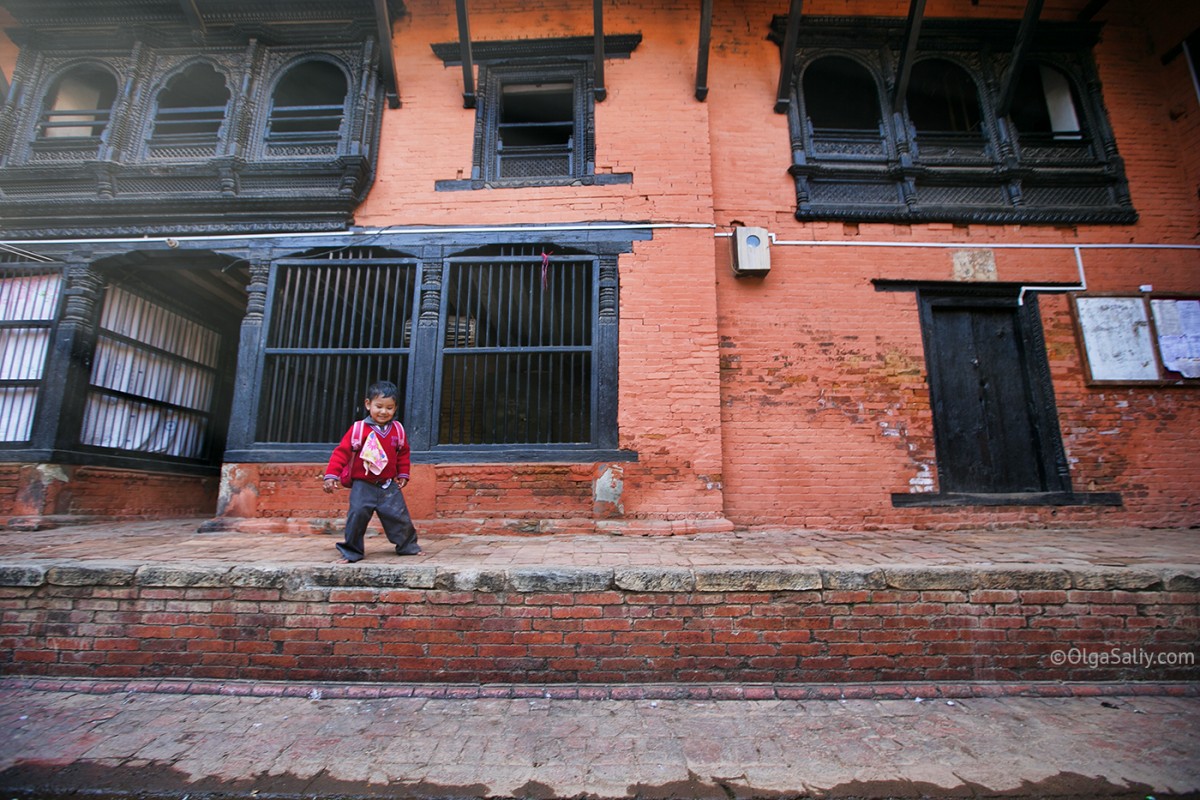 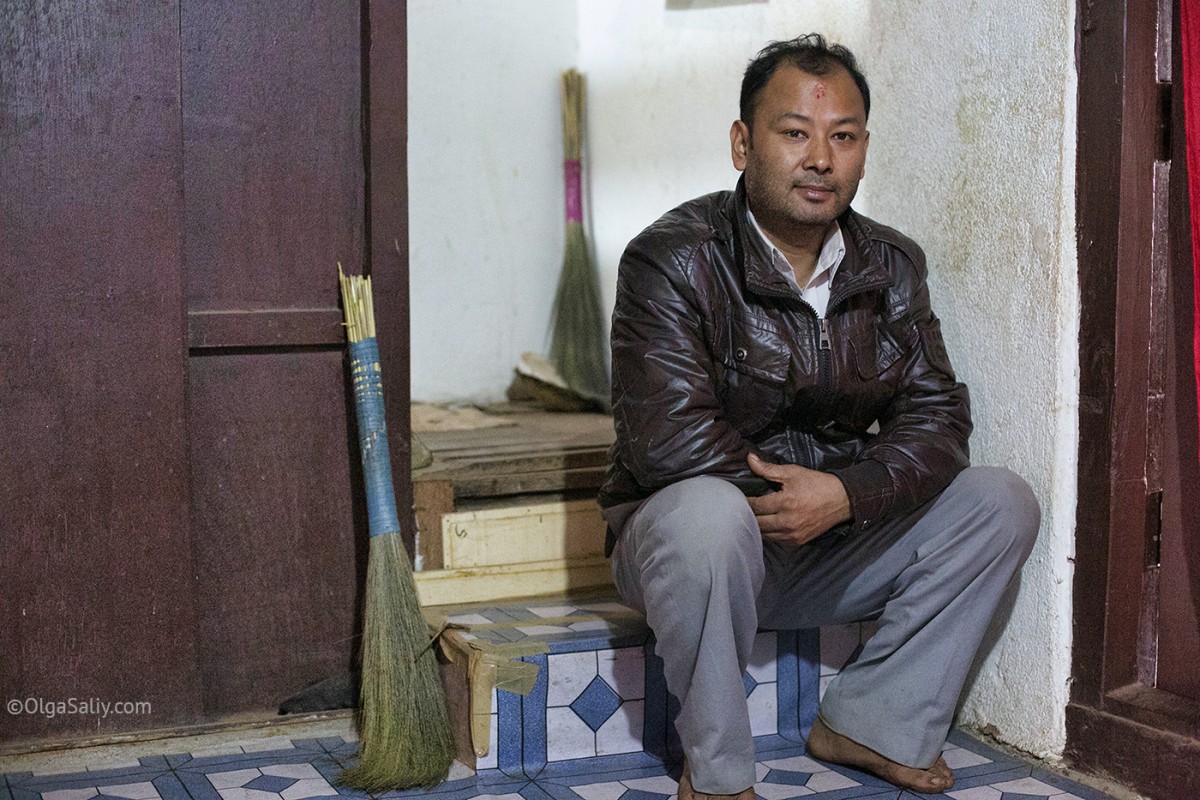 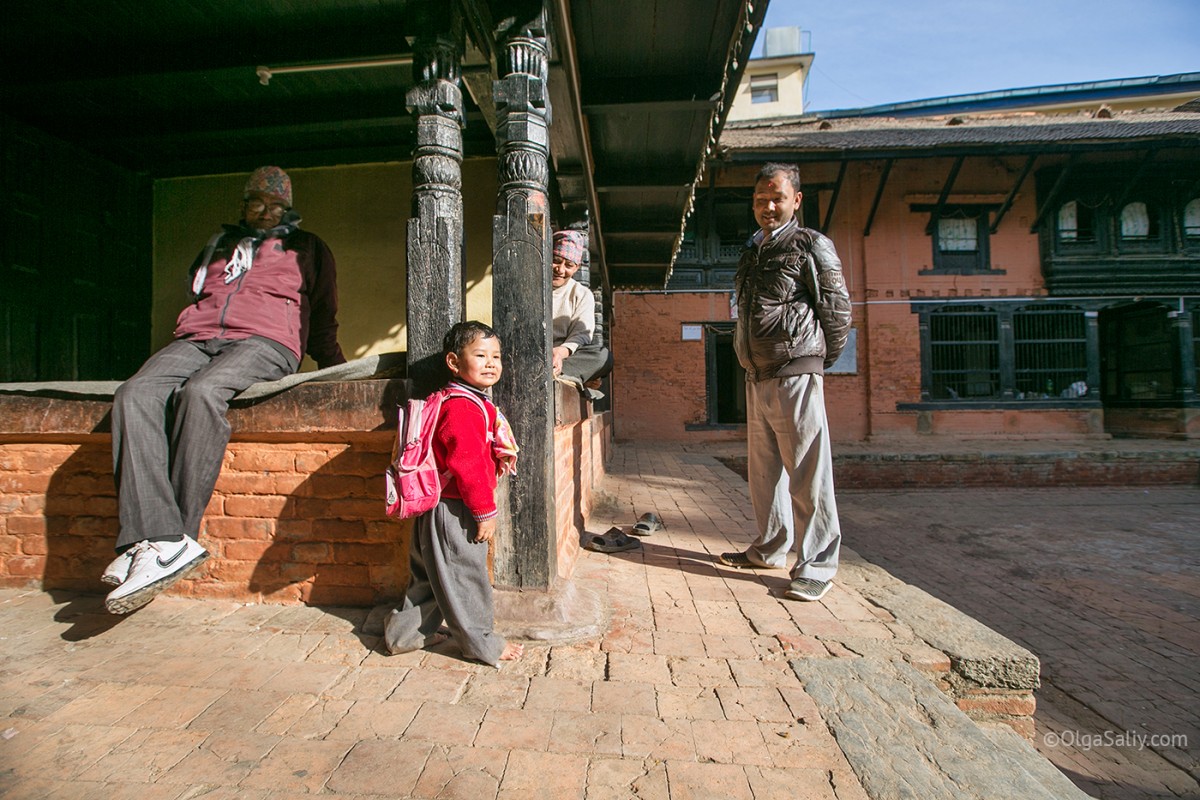 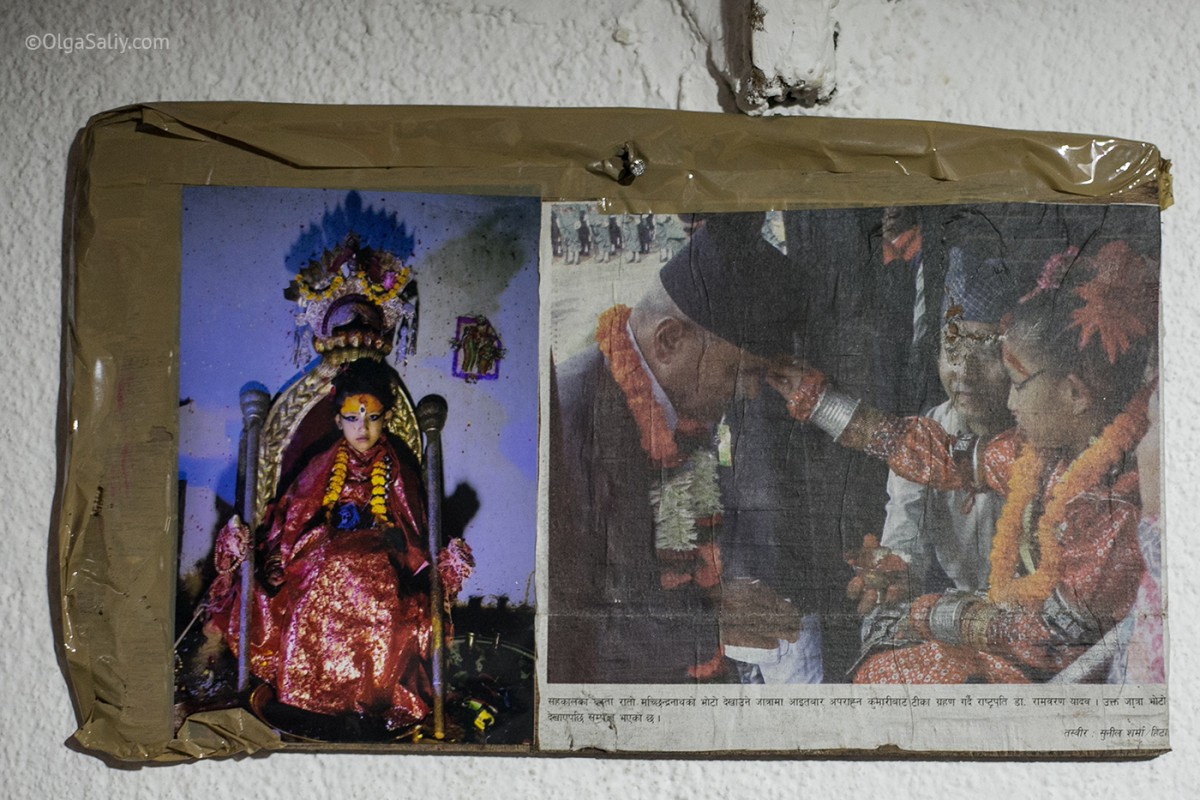 Pictures in Kumari house. Kumari – the only person who may put a tilaka (a red dot on the forehead, blessing) to the king, and now – president of Nepal. People come to the temple of Kumari, to touch her feet and receive a blessing. 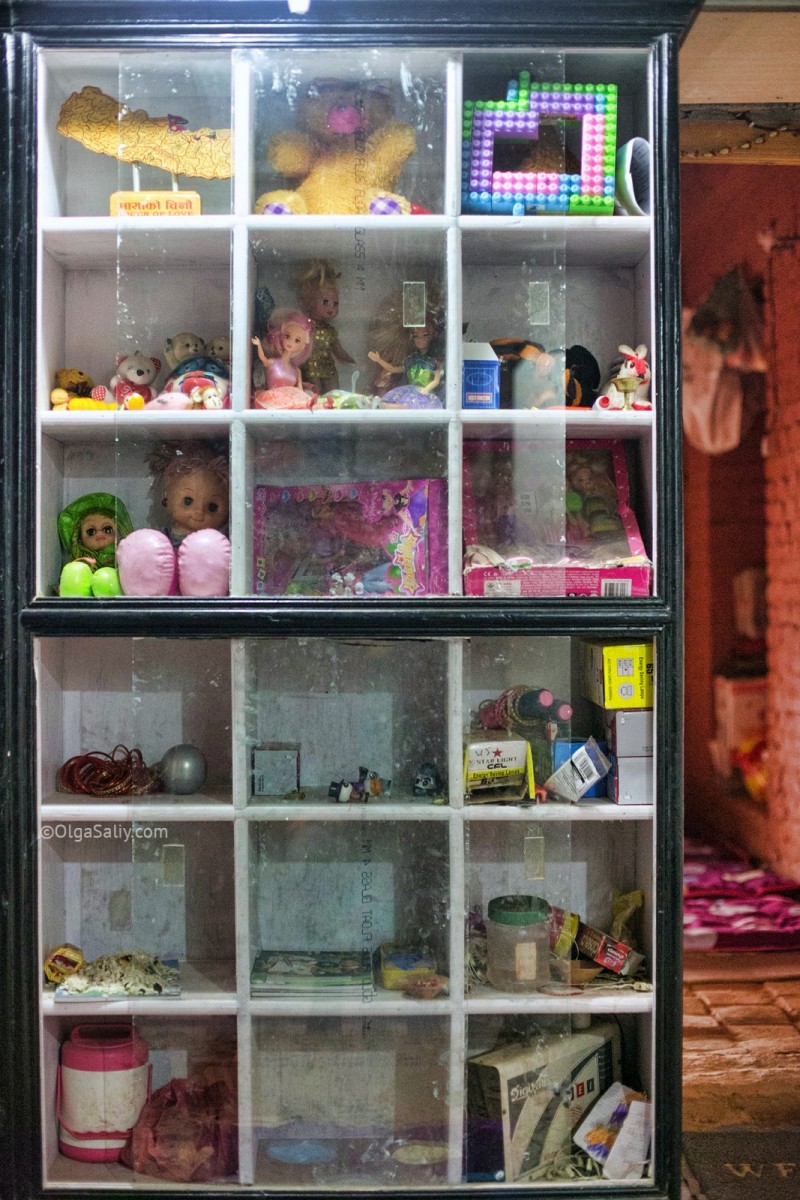 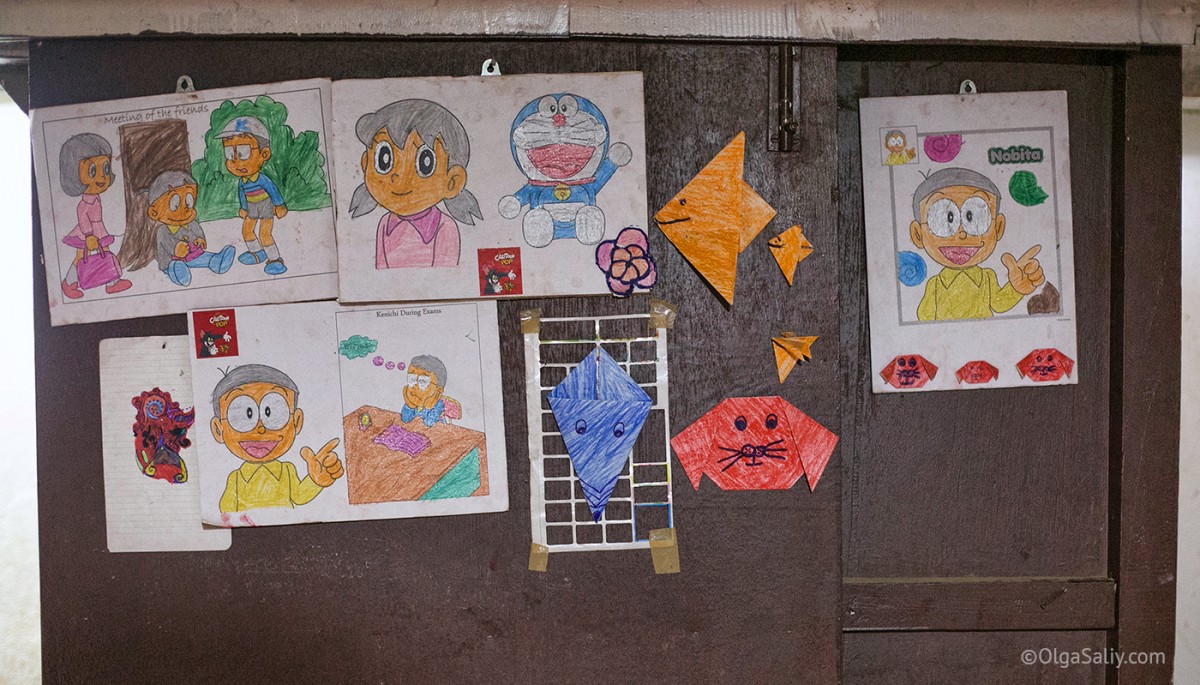 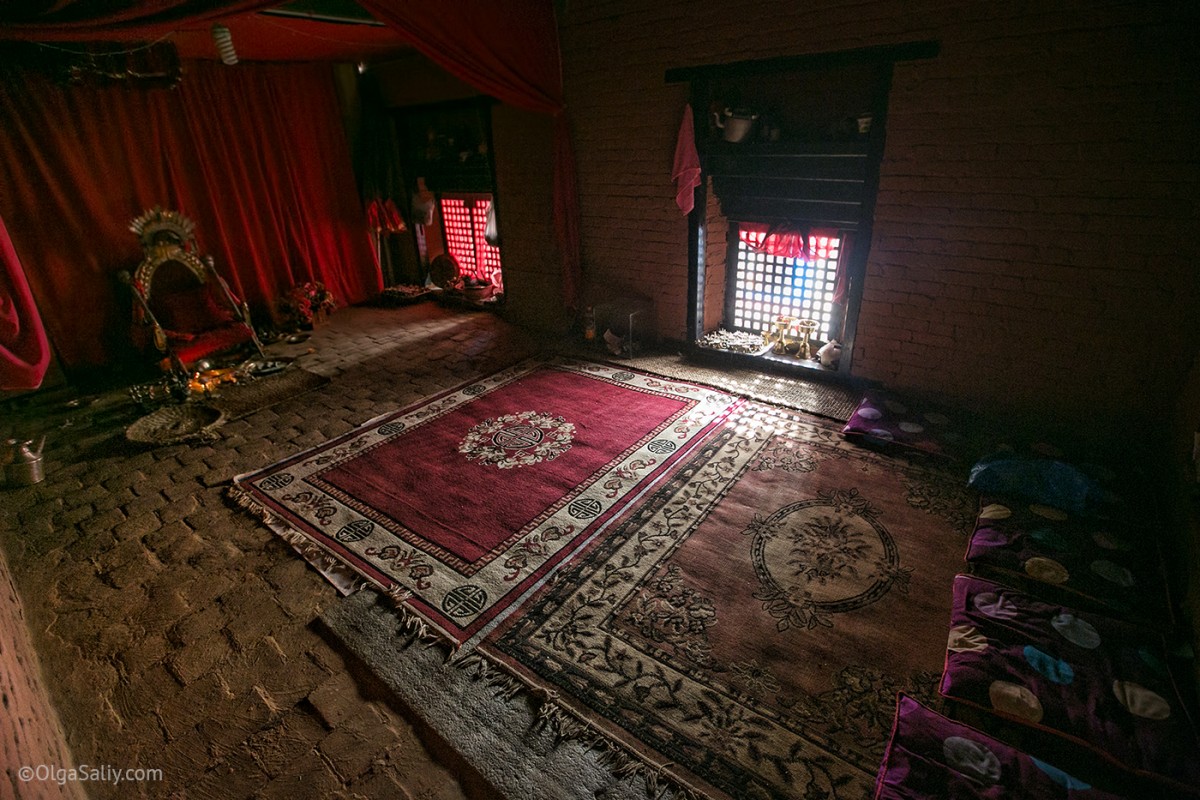 Reception room for visitors. Kumari may touch the ground by feet (walk) only in her room, not anywhere. 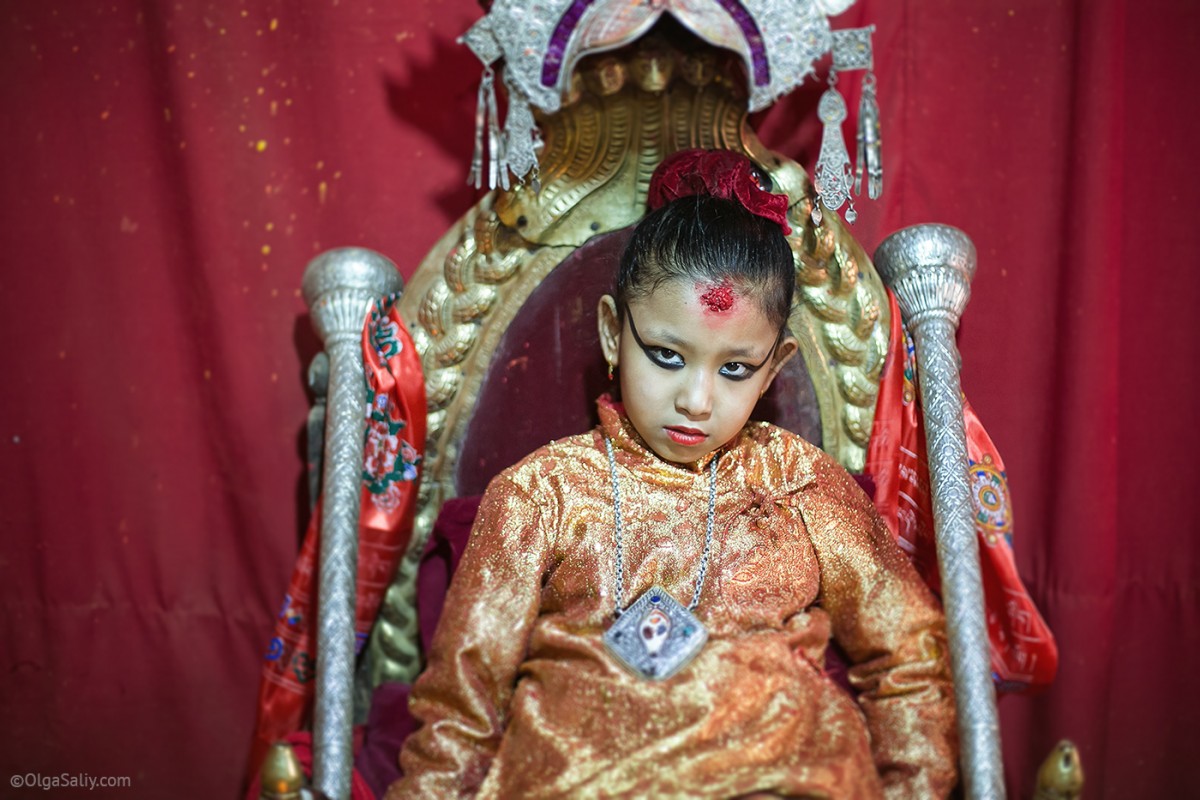 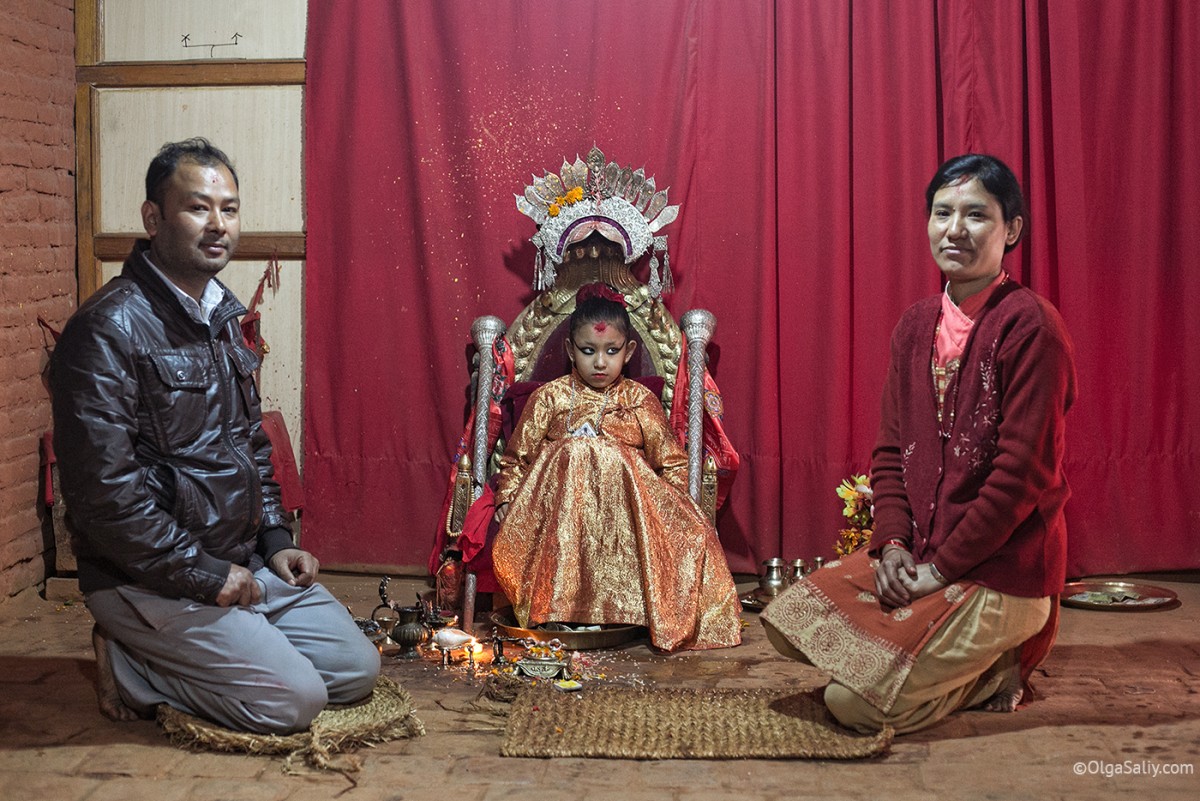 Kumari with Mom and Dad. 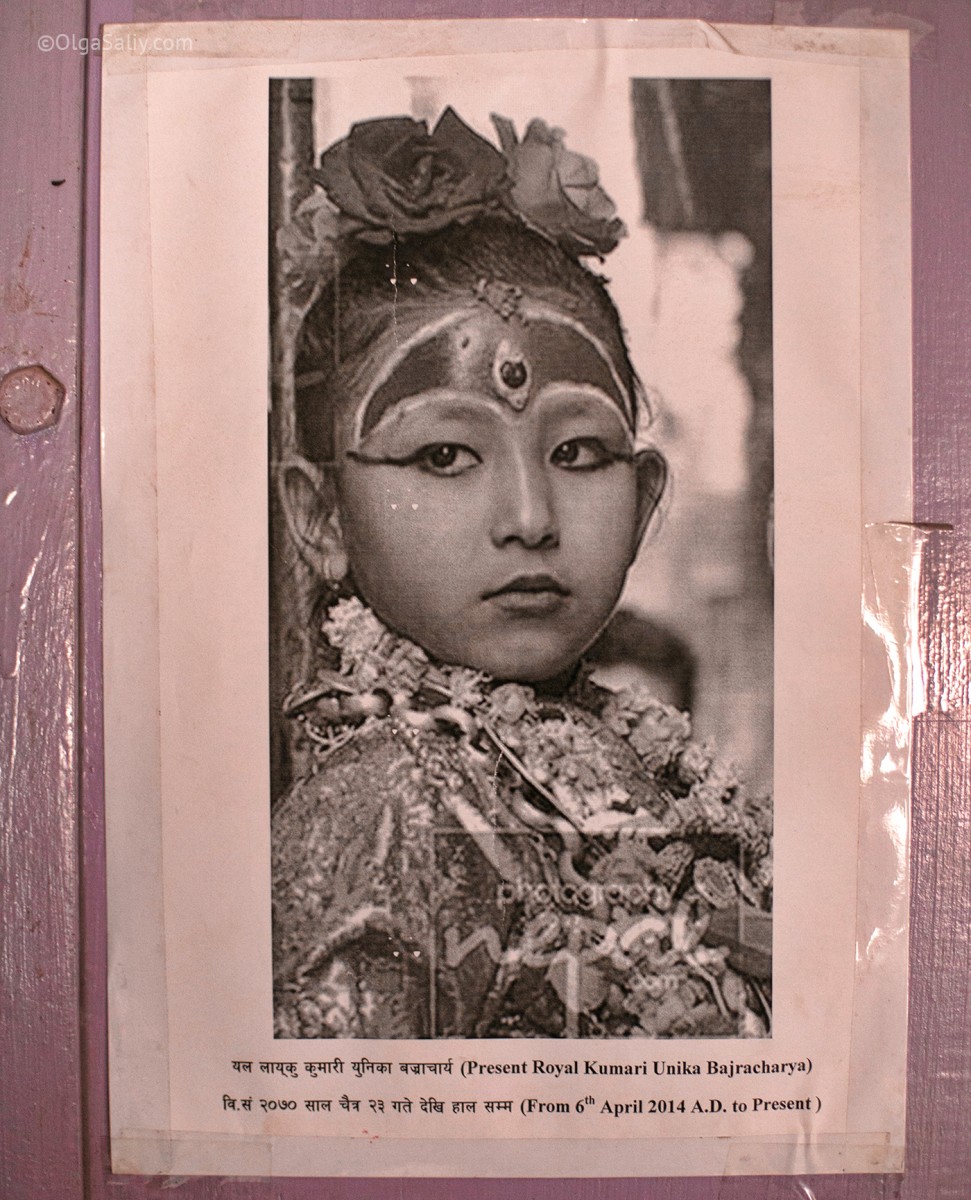 In the valley of Kathmandu, Patan city, lives oldest Kumari – Dhan Kumari. She never started her menstruation cycle, and so the criteria for having a Kumari removed from her position never came to apply to her. But it is not comfortable to wear older Kumari (she can not touch the ground outside her room). And Patan city has two Kumari: Unika and Dhan. 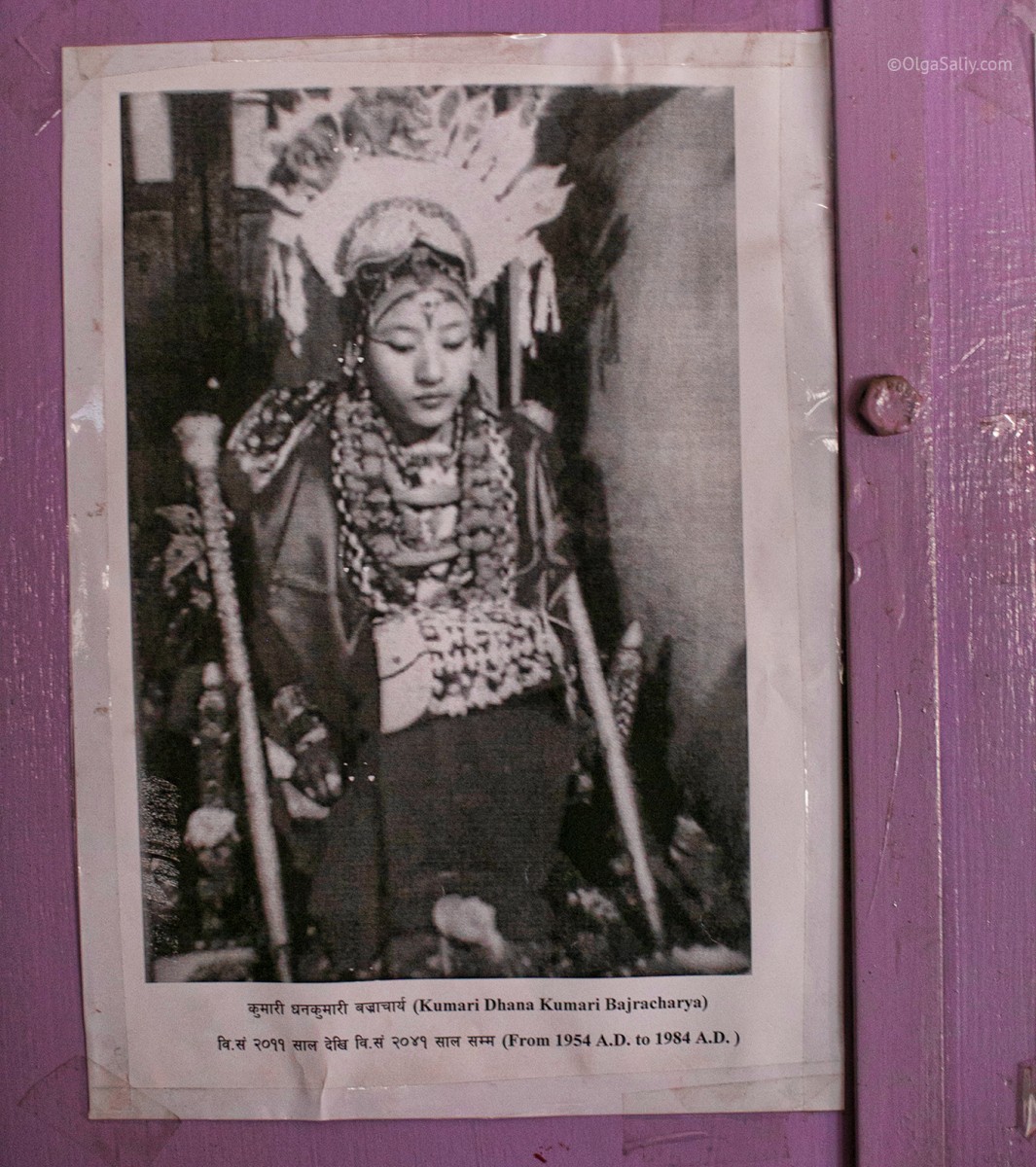 Portrait of yang Dhan Kumari in her room. 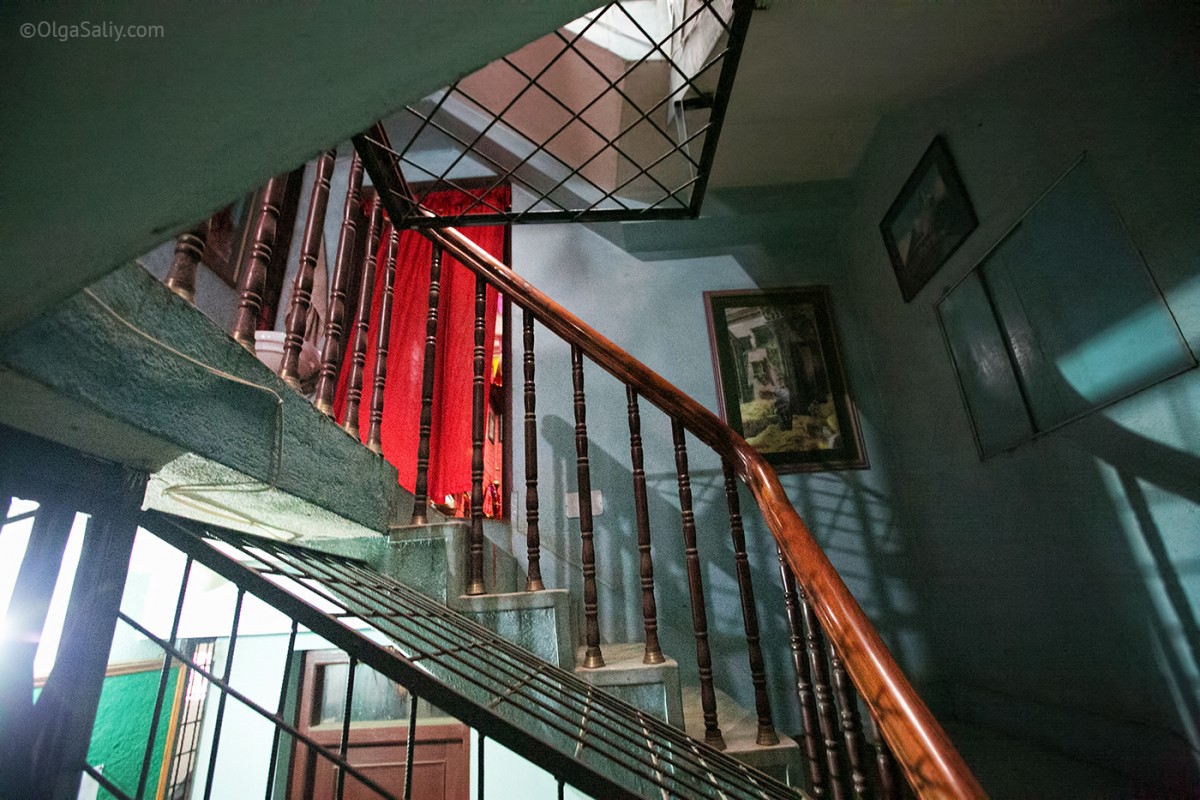 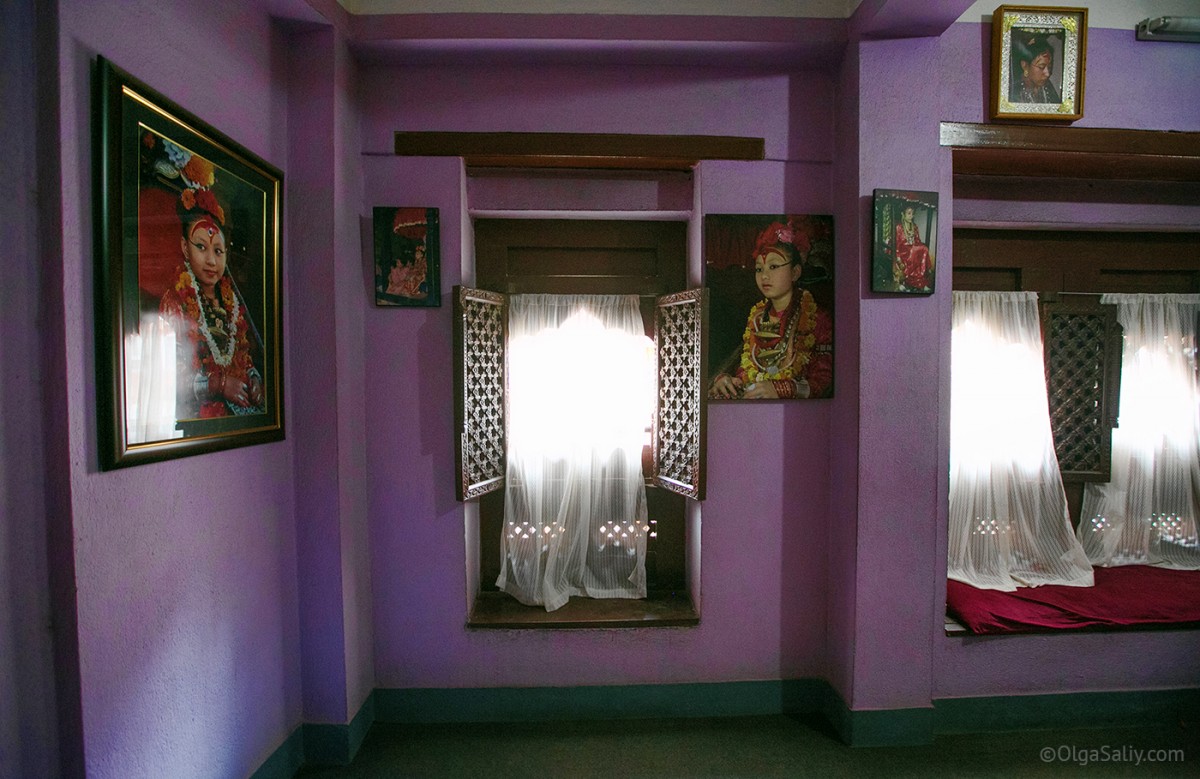 Every day Dhan Kumari wakes up early in the morning, takes a bath and rituals, read Nepali papers, or watch TV. Sometime she decks herself out in her Kumari regalia and presents herself before devotees. 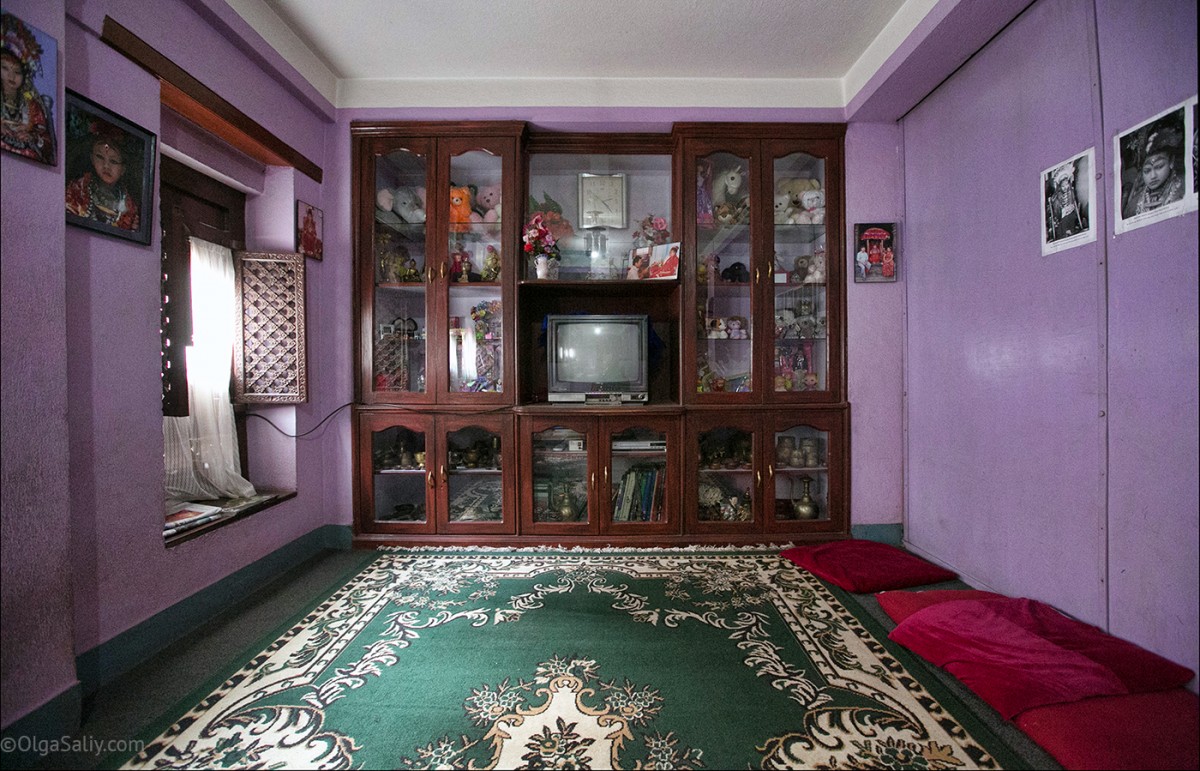 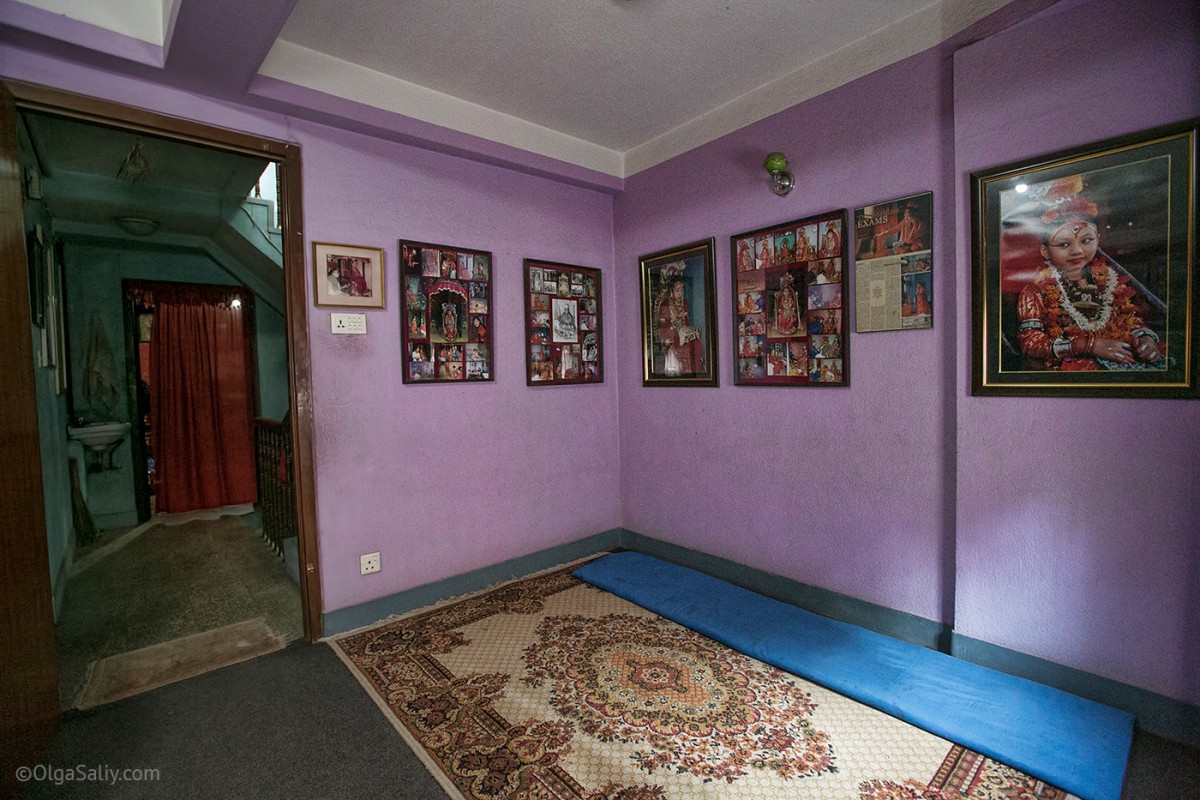 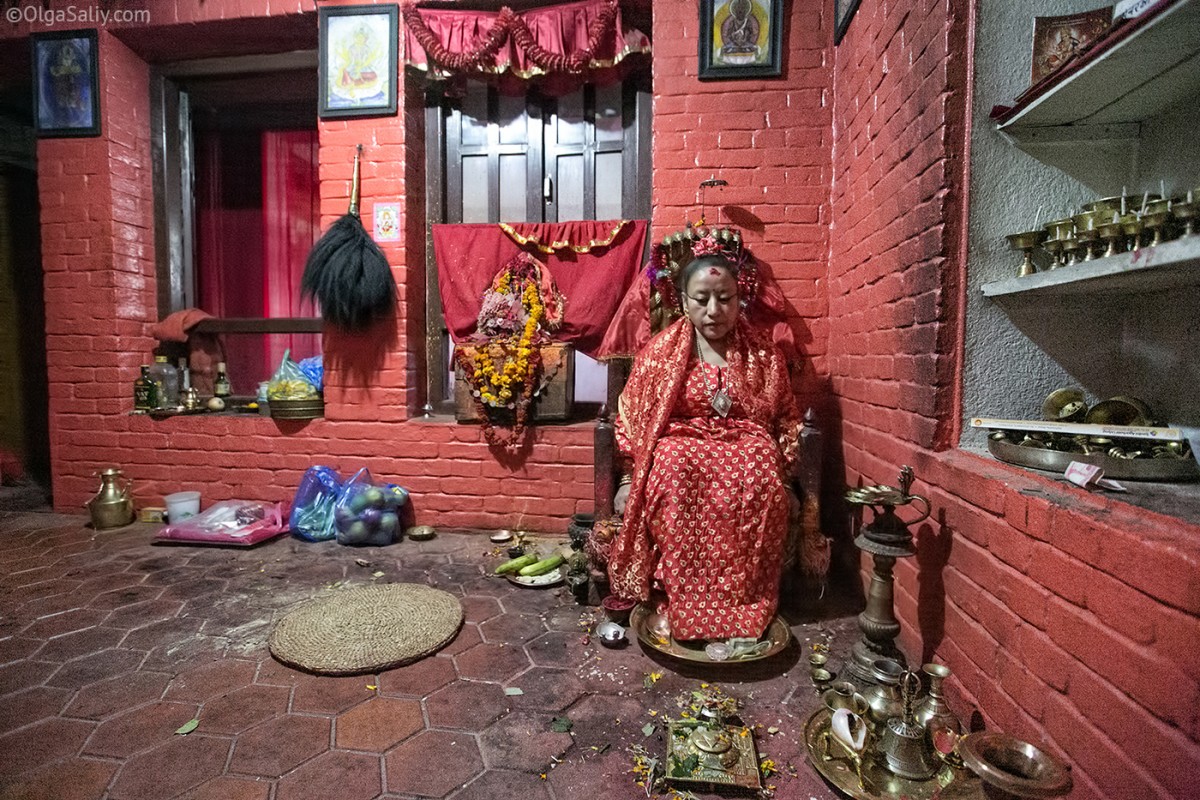