Motorbikes in Thailand. What Are the Rules and how to not kill yourself renting bike 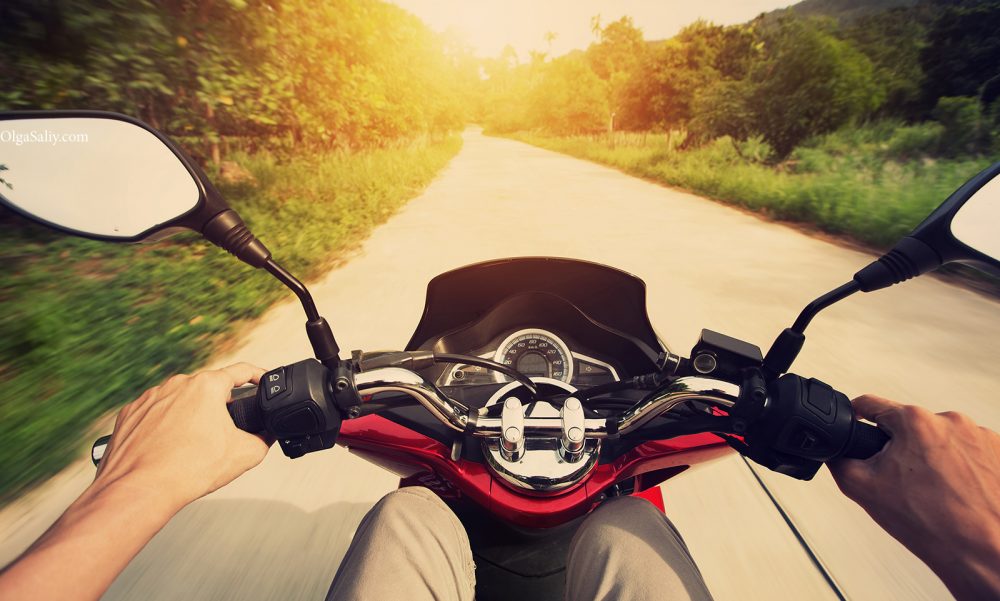 Renting a bike in Thailand

Renting a bike in Thailand makes your staying in Thailand much easier, but, along with that, may make it significantly more difficult. Fortunately, the second thing happens much less often than the first thing. You can find bike rental offices everywhere and although you can go to any of them, but if you know someone who can recommend you a place to rent a bike, it is better to follow their advice. First, it can be cheaper, second – all renters are different. It is better to find a place where they do not ask you to leave your passport as a deposit, and take just a photocopy.

Price to rent a motorcycle in Thailand

The price depends on how well you can bargain. On average, a regular scooter is about $5 a day or $90 per month (Honda Scoopy, Honda Click, etc.) If you rent it for more than a month, the price will be lower, you just need to say right away that you will rent it for a long time, but you will pay monthly.

Renting Honda PCX in Thailand is $150-200 a month, depending on the vehicle configuration. The rent of a good motorcycle starts at $20 a day.

If you come to stay in Thailand for more than half a year, it is easier to buy a second hand bike and then sell it. To do it, you need to get permit in the immigration office and look for for-sale signs at forums, or in local working shops or stores.

Theft does not happen as often here as, for example, in Vietnam, but it is possible. I forgot the key in the bike a couple of times in Samui and understood it only when I returned an hour or two later to the bike with the keys still in the keyhole. However, it is better not to make such experiments, of course 🙂 In Pattaya, I always try to be very attentive.

To drive in Thailand, you need international driving licence of the required category. If you don’t have it, you can still drive in most places, but in the case of an accident, the law won’t be on your side.
It is rather easy and inexpensive to get a driving licence in Thailand.

Thai driving licence is valid in Thailand and some neighbouring countries (Myanmar, Laos, Cambodia, Vietnam, Brunei, Malaysia, Indonesia, Singapore, and Philippines) for one year, after which you can repeatedly get a driving licence, for five years already, and you can exchange it for an international driving licence (you cannot exchange your one year licence for the international one). The five year driving licence will require more than just a stamp in the passport for temporary staying or a tourist visa will not be sufficient for that, like initially. You will have to have some non-tourist visa (student, work visa, etc.)

The fine for driving without a driving licence is about 400 baht. You should also remember that in the event of an accident, the insurance for the car is not valid if the driver has no driving licence. As for insurance for a bike, one can say it does not exist at all. In the case of an accident, the bike driver (especially if he is a farang) covers both his/her loss and the loss of other accident participants in most cases. If you scrape a little bit some car that belongs to Thai people, be ready that they will ask for reimbursement.

If you do not touch anyone, but your bike is badly damaged, it’s better not to hurry and not tell the bike owner about it. Just repair it first in a Thai repair shop inexpensively. Even big damage is repaired here at a rather low cost. Some owners may ask for a compensation that exceeds the cost of the bike.

Traffic Rules and Specifics of Driving in Thailand

I will tell you about the traffic rules and specifics of Thai traffic simultaneously. Because they are intermingled and inextricably entwined: official rules and what exists in reality.

Traffic rules in Thailand are observed much less often than, for example, in Europe. Driving without a driving licence or a helmet (though they get fines most often for that), drunk-driving (if you have unlimited wealth to pay later to those injured), wrong way driving, crossing the double solid line, etc. are sort of a norm for the Thai. Here are some other peculiarities of driving in Thailand:

Causes of Road Accidents in Thailand

Car accidents in Thailand are sometimes terrible. Especially in Pattaya on the Sukhumvit road, where the traffic is rather quick, and farangs like to ride sport bikes. At the moment when you are driving a sport bike in full splendor and with all speed along a town street, chances are small someone will look at you. They will look if you turn into a flat cake under the wheels of a trailer truck. Frankly speaking, I don’t want to describe the awful car accidents I head of when I was in Pattaya… Just be careful.

The average fines in Thailand are 300 to 500 baht. The fines can be imposed for the following violations (the amounts are approximately similar):

Where to rent bike in Thailand (good places I can recommend)

In Thailand for rent bike it’s better to have recommendations.

Koh Samui: a lot of places, rent bike here is more better than on Phangan. Now I rent here: facebook.com/MOTORENTSAMUI/