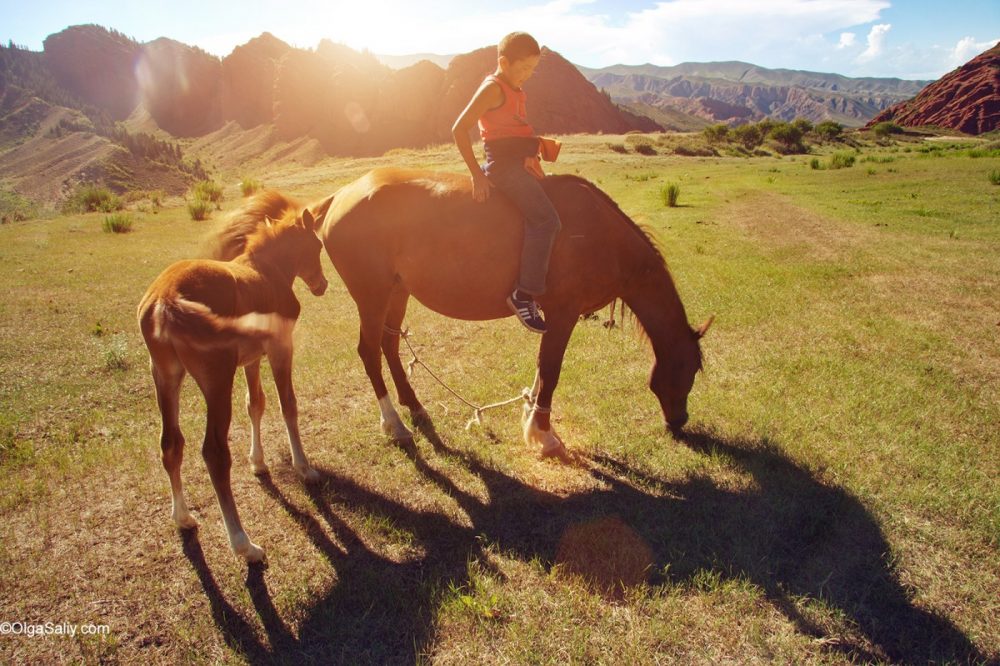 The name Issyk-Kul is translated as “a hot lake”. It is the biggest lake in Kyrgyzstan located at 1609 meters above sea level, the length of its shore line is 688 km, the depth is up to 702 meters. Kyrgyzstanis have lots of legends about Issyk-Kul that you can hear during excursions. They have a lot of legends in general — for every mountain, gorge and lake. 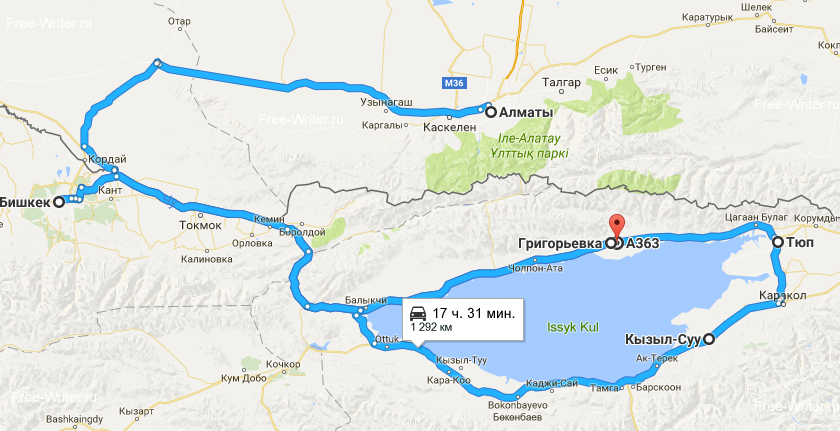 The map above depicts one of the possible routes around Issyk-Kul (with the starting point in Almaty). There are good roads, tasty lagman and remarkable traffic policemen. Having met them, you’ll know many ways of getting bribes from nothing and will realize that our officers are not so bad.

I’m still dreaming about that water, sometimes I’m looking for it at nights and want to feel clearness after plunging into it again and again. Issyk-kul with its calm shore and clean water along the north, place with the most part of health and recreation centers.

Popular and interesting places around Issyk-Kul 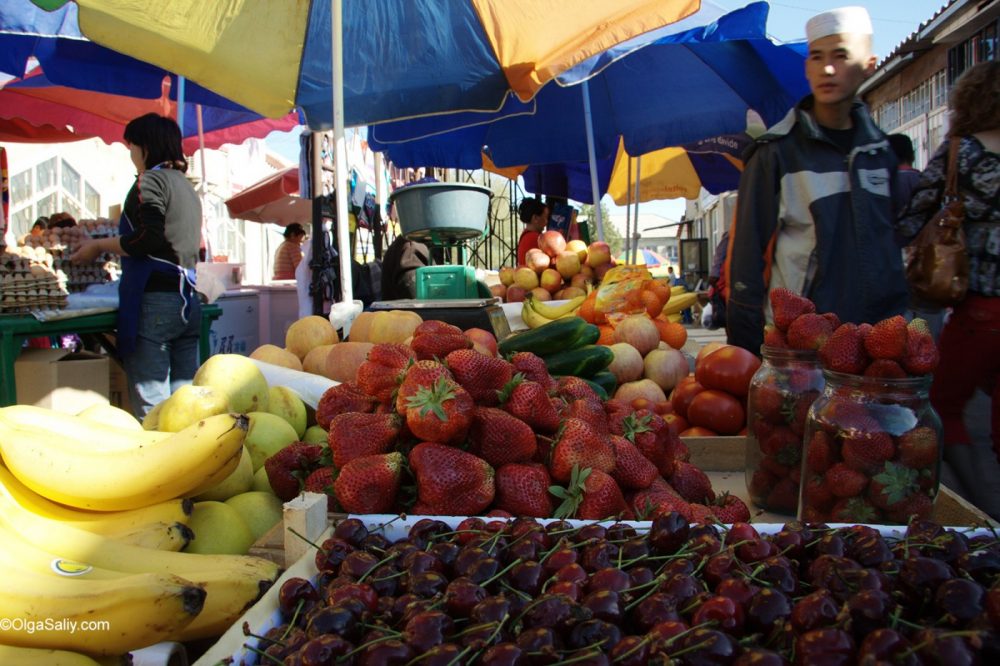 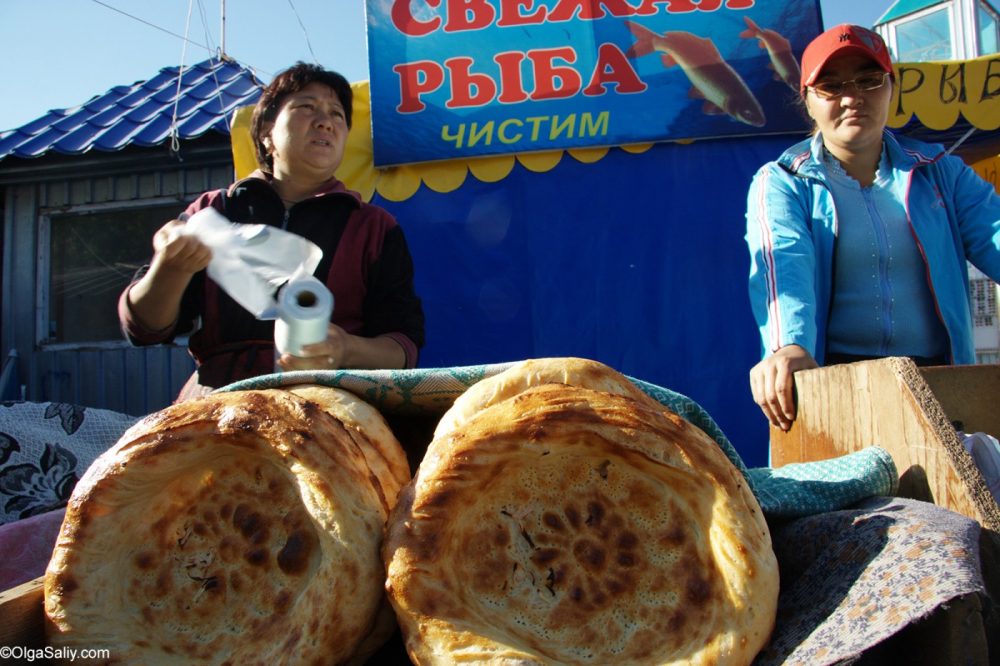 The north shore of Issyk-Kul

The north shore is more popular and usually crowded with Kyrgyzstanis, Kazakhs and Russians. There located the majority of health centers, some of them receive shower water right from the hot springs. That’s how it looks like, Issyk-Kul hot springs on the territory of health centers.

The south shore of Issyk-Kul

The south shore is less crowded and tourist-friendly, but anyway there are many local tourists. That’s my favorite part of the lake.

Going by car, you may drive anywhere you want. Gorges along the south shore are also beautiful and interesting to visit (you can buy maps with gorges descriptions at tourist places like Cholpon Aty). There are not so many tourists and I really liked them. Here they are:

Gorges and mountains around Issyk-Kul: what to see

One of the places I stopped by is Barskoon gorge, about 20 km in depth. The local Kyrgyzstani family rented a huge area here (several hectares) for 49 years and pay $150 every year. They live in this beauty all summer, have cattle and give tourists an opportunity to spend the night in their yurt (costs 70 som per person). The place is so cool and beautiful. Night temperature in June, during a cold spell, was 3°С, while daytime temperature was 25°С. 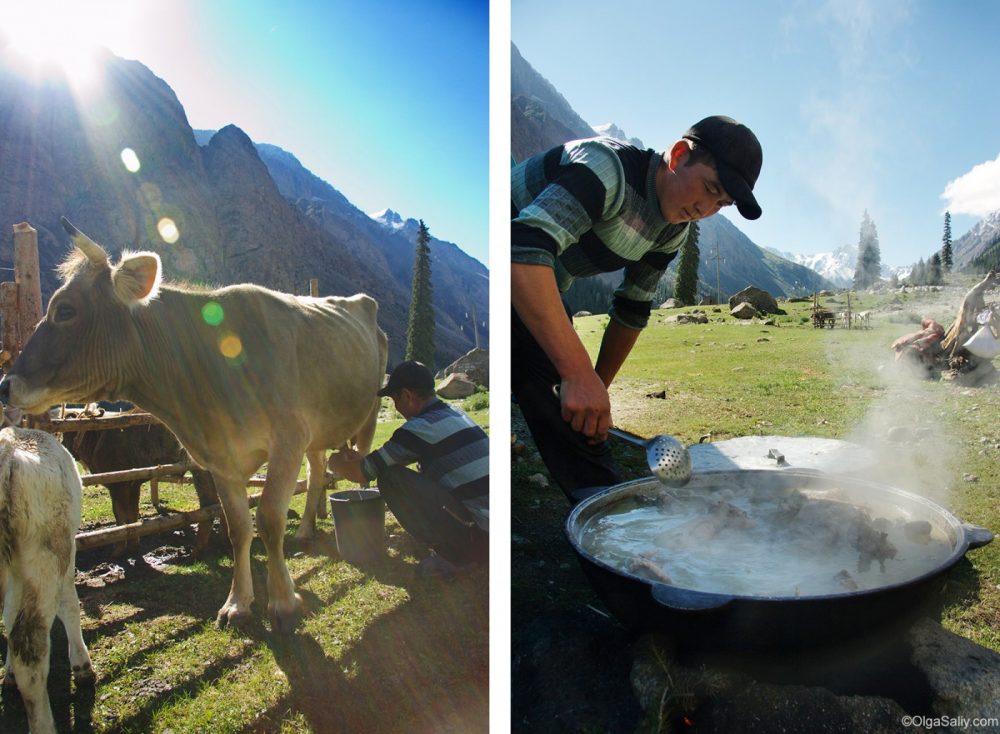 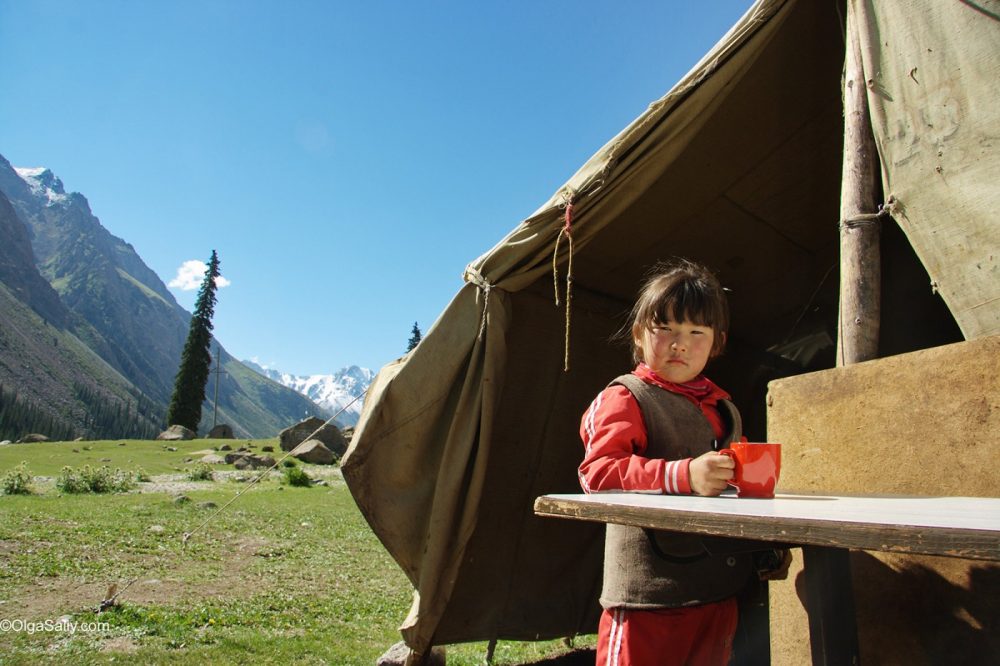 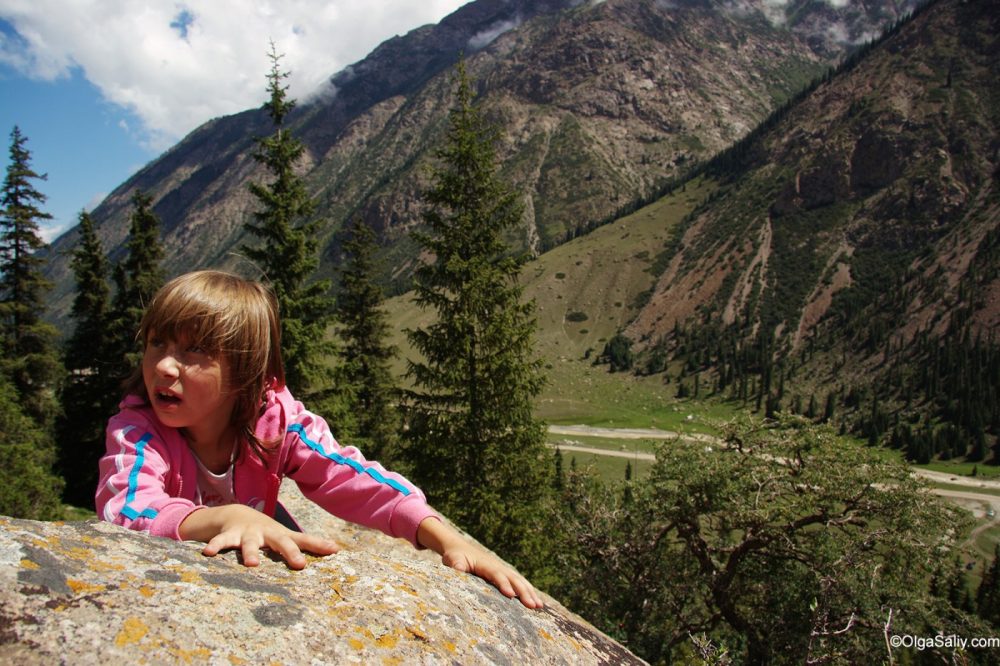 Jety-Oguz, translated as “7 bulls”, is 7 red cliffs (actually, they look red only under sunlight). 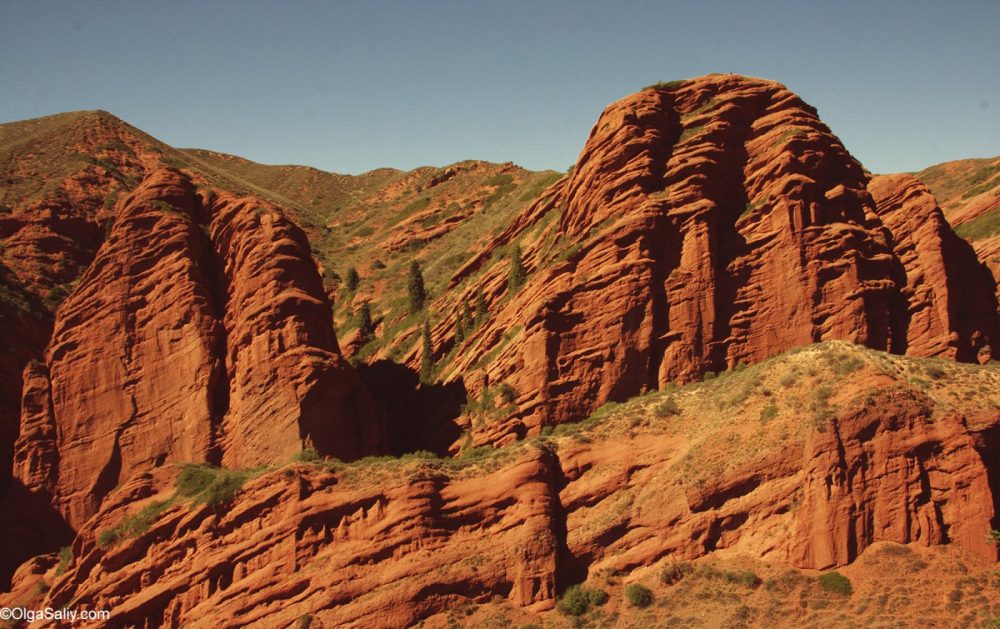 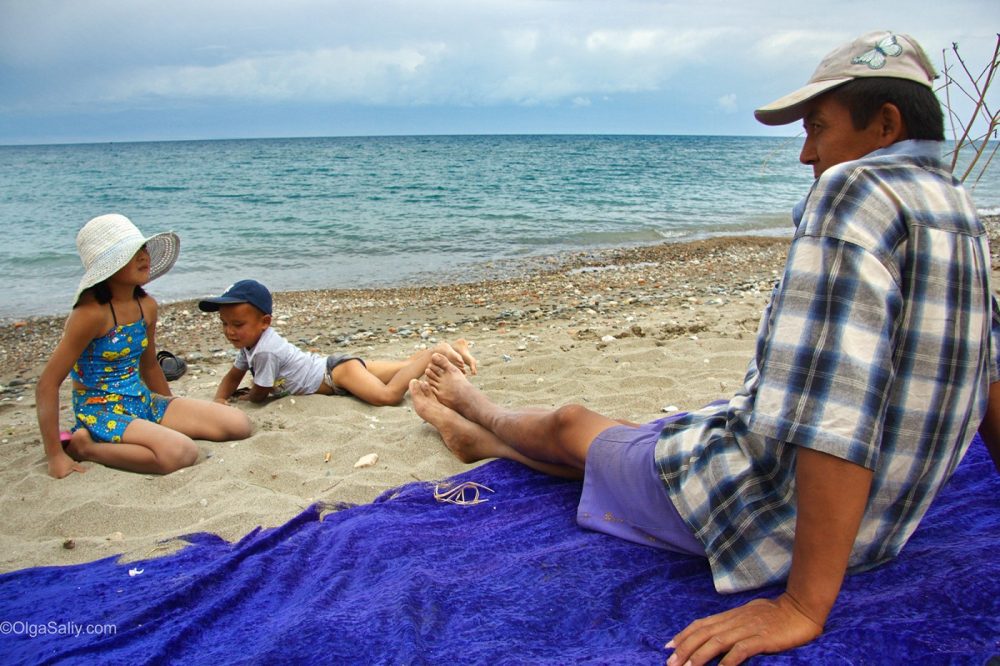 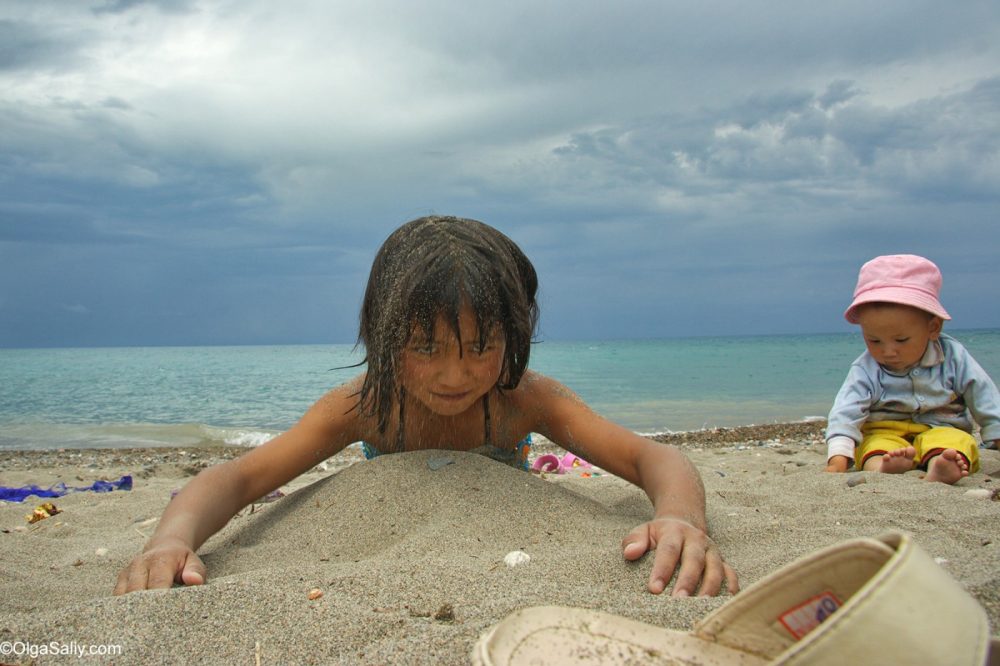 Going to this kind of vacation, Kyrgyzstani take a ram or goat to cook it one day. Before killing animal, they say grace — it sounds like in “Avatar” — saying that it’s an innocent victim, but they have no choice because have to eat something (the following photographs contain bloody scenes). 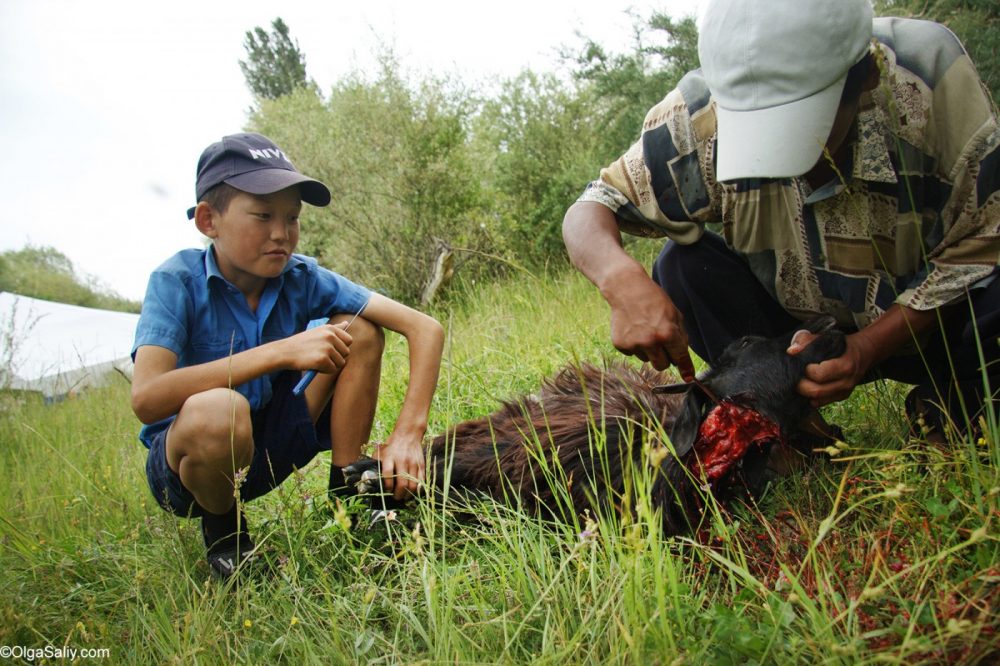 Then something strange happened. The rain began when we were resting on the south shore. It was beautiful at first: 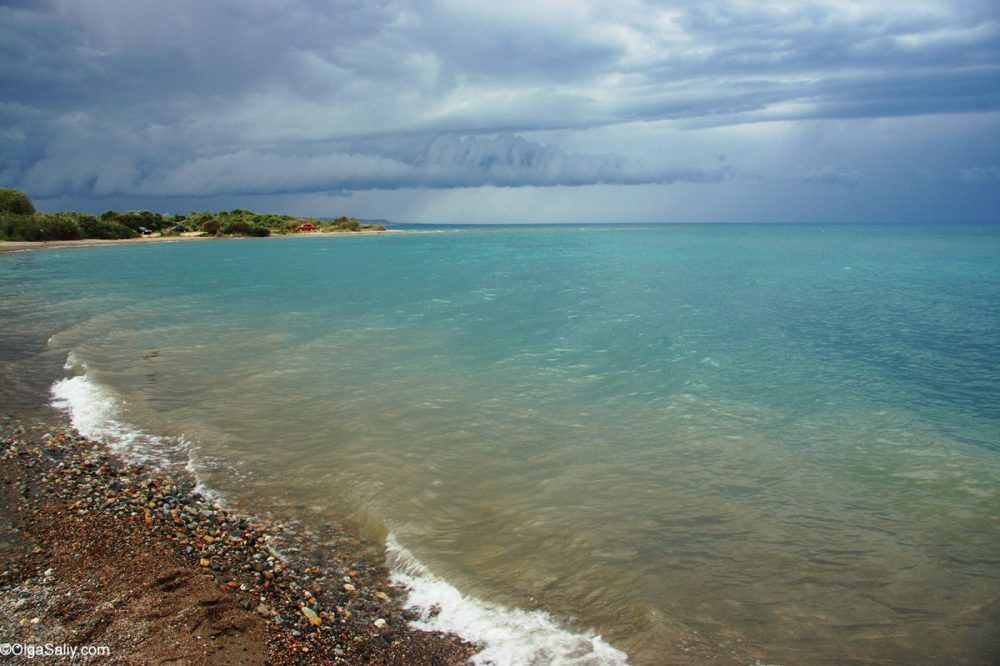 But then we got lucky somehow: instantly, a strong water flow from the nearest channels rushed through the campgrounds and flooded our tents, it could wash away all our stuff, if it wasn’t a small knoll in the middle of our camp. That is how it looked like: a stream of water going right into Issyk-Kul:

And that was our camp: 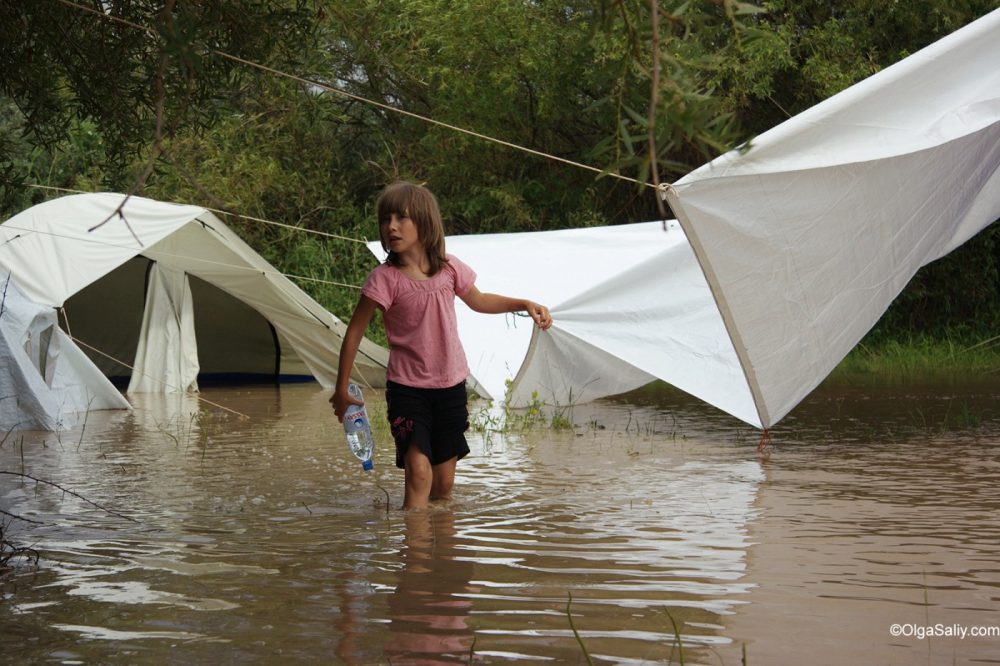 Trip to Issyk-Kul may take several days or probably a couple of weeks. It’s a fantastic place! 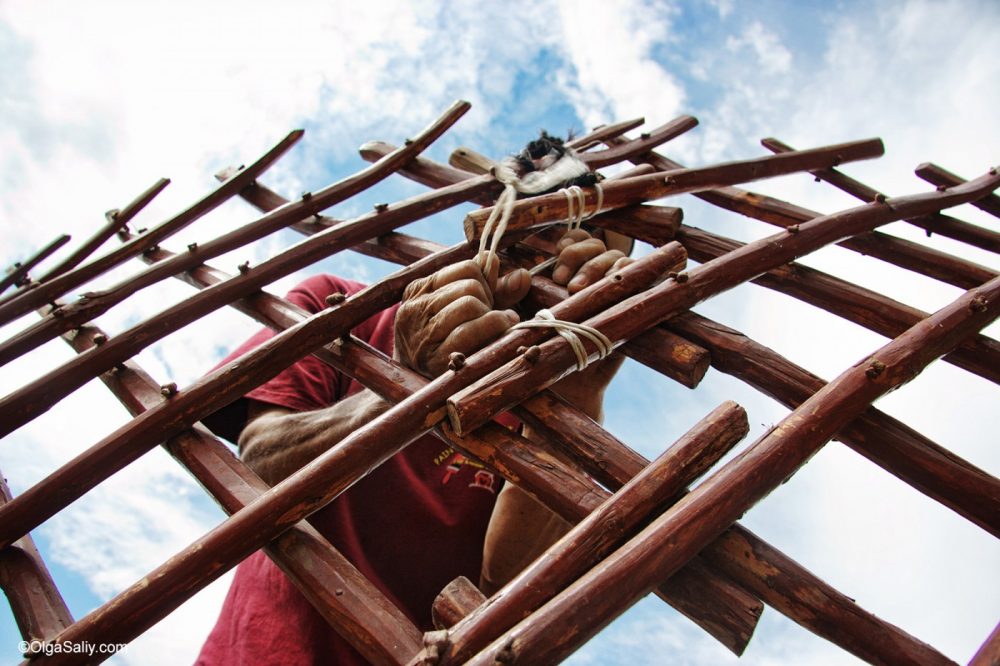