Pros and cons of living in Thailand, Vietnam, Bali and Southeast Asia 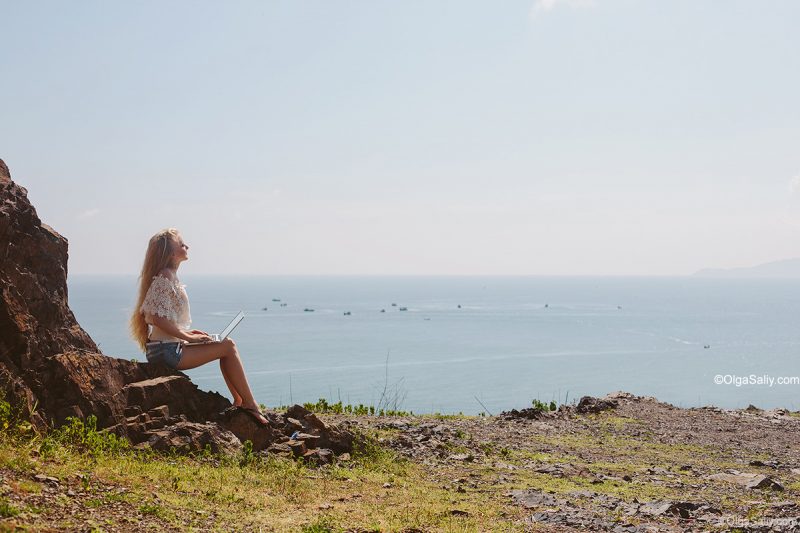 I think we should be more honest: we write many beautiful things about paradise islands, a warm sea and life under coconut palms… But this life has negative sides as well and it’s time to reveal them.

The whole year of summer

The same weather every single day. The life stops and you suddenly notice that some years have passed. What?! Years?? But it’s only summer? We don’t notice how time goes by because people associate flow of time with changing seasons… Does this association work for everyone?

Sometimes it can be too hot

It’s often so hot outside that walking in the street is comparable to walking on an overheated pan: brain turns off, energy vanishes, and all you can think about is a conditioner at home.

Cockroaches, snakes and other creatures

Before entering a bedroom or a bathroom, I usually examine walls, ceiling and floor looking for big (and small) flying cockroaches, snakes and other creatures. A kitchen should always be perfectly clean to avoid ants.

The simple solution to this problem is choosing a good, expensive house or apartments. Closing a drain in a bathroom will help to prevent a cockroach outbreak that’s much more likely to see in your house than snakes — I’ve been in jungles many times, and the only time I saw a snake was when it crept into the house and full of fear didn’t know what to do.

This video shows that you can find a snake even in a toilet bowl. But anyway, cockroaches are scarier!

Humidity level on the islands is so high that you should always keep in mind that your gadgets, passports and clothes may irretrievably grow mold. The humidity in cities is a bit lower.

But it’s not so bad, and some people like high humidity because it’s good for their skin or body.

We are strangers here

Asian people have their own view on laws and rights. There’s a presumption of guilt and even more confusion about police authorities than in other countries. Moreover, we are strangers here, especially when it comes to serious troubles: a foreigner will always be guilty in any controversial situation, no matter how long he or she has lived in this country.

All over Asia. It’s not a problem when you use Internet only to communicate with friends or relatives, but when it comes to work the speed seems really poor. Ordinary download speed in Asia is 5 Mb, 10 Mb is much better, 20 Mb is perfect (I had such speed only once in Asia). Internet always tends to disconnect at the wrong time, and electricity on the islands is often cut off.

The problem with Internet is clear but it’s not the only one. Another problem is lack of computer parts, accessories and good laptops (that presented only with Thai keyboard).

Tropic islands don’t dispose to working. It is small villages where you want to do everything but your job. But sometimes, when I come here for less than 2 months, I surprisingly start working (if the Internet and weather allow).

It differs from what we get used to and sometimes contains too much glutamate that negatively influence taste buds. People usually lack habitual food, and if you’re not a raw food enthusiast, you’ll have difficulties with food in any Asian country except Nepal.

You’d say that there are dirty streets in other countries as well. But it’s different, not the same than in our country: it has another smell that you don’t even want to feel. Some countries in Asia are cleaner than others: for me, Thailand streets look clean, Vietnam don’t. Probably, somebody will disagree because of different views on what to call clean.

Theft especially prospers in popular tourist places. Thieves can snatch your bag when you drive a car, can get into your house at night, when you sleep, and take everything they want, and finally can get your card information using ATM skimmers. In this regard, some places and countries are safer (Thailand) than others (Bali, tourist regions of Vietnam, partially India).

Tourist insurance is highly important when you go to Asia, that’s why it has become expensive with time. Insurance companies often have to pay for our bike accidents, tropical diseases and other troubles.

It’s a relatively new point in the list and concerns mostly Russian people. For us, everything in Asia (visas, tickets, life) became expensive after ruble’s fall few years ago, and Russia, on the contrary, became cheap for foreigners.

Lack of familiar cultural environment (theaters and other)

Talking about Thailand, theaters and cultural environment is concentrated in Bangkok, but even there we won’t find those cultural activities we got used to in European countries.

I think there’s more information to come (probably, you can suggest other disadvantages in the comments?). In general, it’s good and comfortable to live here, and people get used to everything.

Advantages of living in Thailand and Asia

Following my readers’ requests, I decided to write a few words about advantages of living in Asia.

One thought on “Pros and cons of living in Thailand, Vietnam, Bali and Southeast Asia”