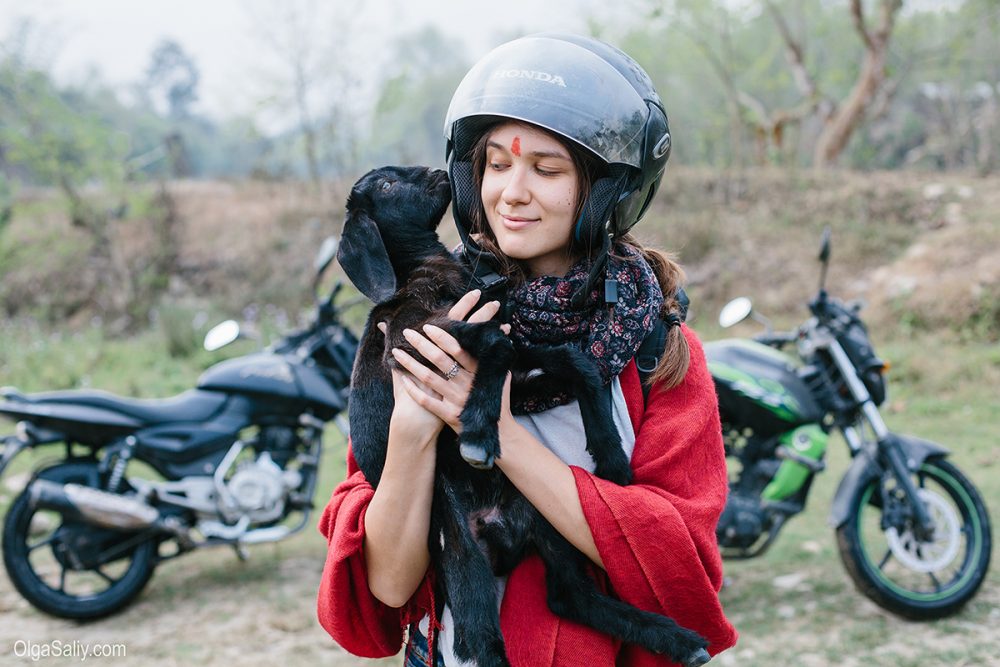 I’ll start with what really matters for me — with my feelings, while they are still fresh, because then I’ll continue with plain facts and photographs that, as I think, don’t reflect what was happening in fact.

And in fact it was HELL.

It was my first trip riding a manual motorcycle (before that, I’ve had 7-year experience of scooter driving): 5 falls during the first day on rough offroad at the mountain pass, endless narrow and steep serpentine roads, and Nepali traffic mainly consisting of SUVs. 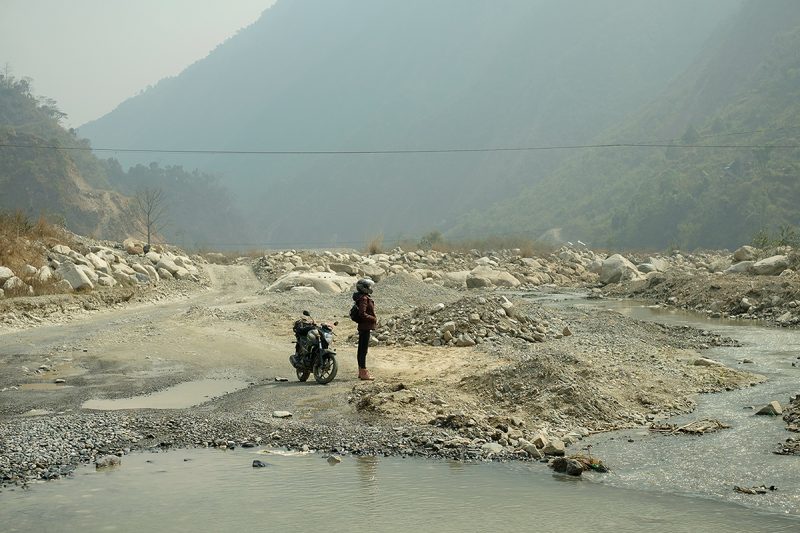 The main points I’ve learned from this trip: 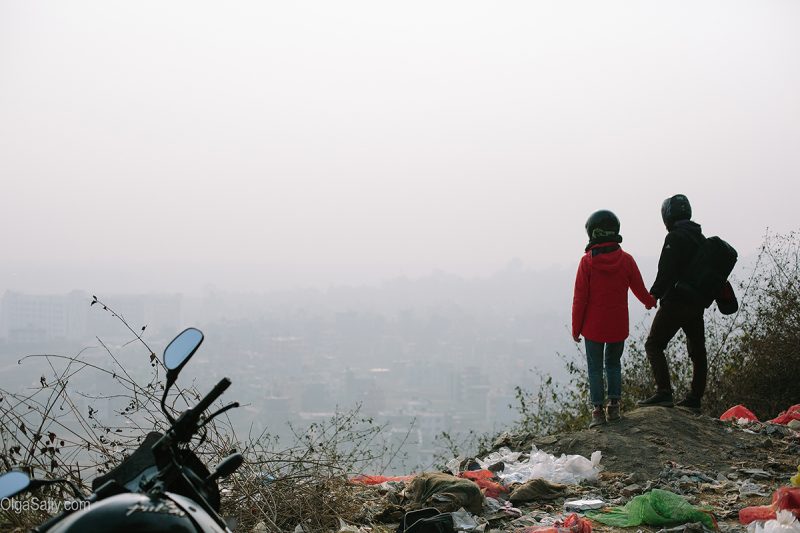 Every evening I thought that I wouldn’t take the handlebars anymore. Before every steep descent with stones I didn’t understand how someone can ride there. Artem was my saviour saying in calm yet convincing voice: “No worries, you’ll handle it. You’re driving well”. But every time he found a new shithole where I got a new level of relaxation in extreme conditions.

Now, when everything is done, I’m writing this text and already plan when and where I’ll have the next offroad, or at least distant, motortrip.

Because in fact it was AWESOME.

It’s been a while since I became obsessed with adrenaline, and motor-adrenaline is one of the best I tried. And yes, you can contact Artem (Instagram @nomadicrussian) and get through this yourself. 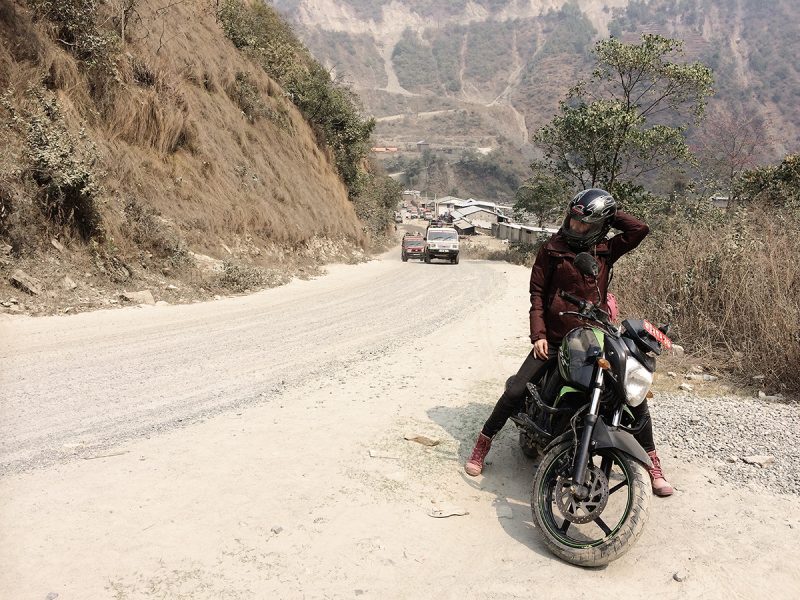 There’re four roads leading from Kathmandu to Chitwan. The longest one follows the Pokhara route. If you go this way, you’ll have an opportunity to see a couple of sights — Manakamana temple and Bandipur. The road is fine, except a big section under repair on Narayanghat Mugling Highway.

We left Bandipur for the way back and went through mountains. Three ways going through mountains are almost the same, one of them is recommended by Google (the way going through Daman). But we chose the one that looked thinner, the average one. To be exact, the way chose us, so that I could taste the delightfulness of such trips during the first day.

We didn’t take photos during this interval because there was fucking hell. And every photograph I didn’t take now captured in my mind.

Later there were some fords, then narrow serpentine road with high traffic load. It was primarily asphalt-paved but somewhere broken-down and steep, so it was hard enough for me to ride there.

Then the endless paradise began, because we reached surreal Chitwan. After that — bright, high and medieval Bandipur. Riding on a gravel road and flat areas, even broken down, now seemed awesome.

Chitwan takes up big area, it’s a National park and there’re some important facts worth mentioning about it: 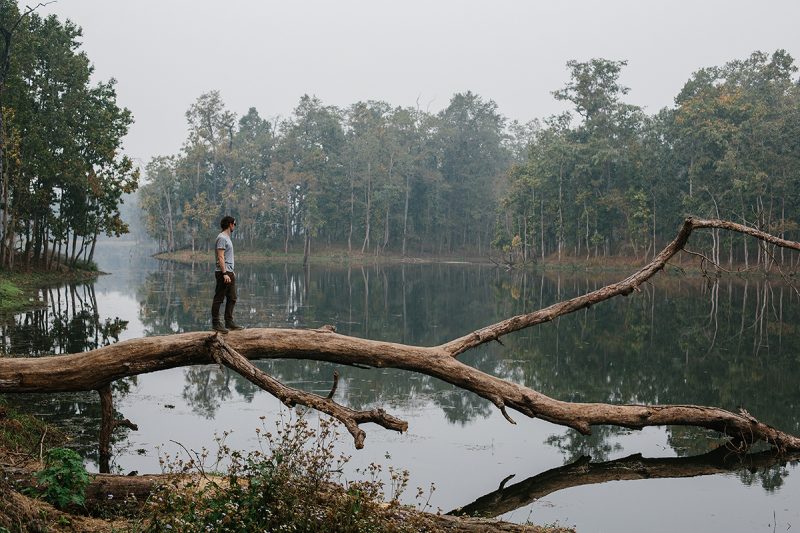 Where to stay in Chitwan

It’s the best one for me today.

We spent some strange and both magic days in Chitwan, and every next day was more and more surreal. It was no longer real life: we were in paradise wandering around, looking at deer and crocodiles, admiring strange flowers and fog, and we couldn’t return to reality. 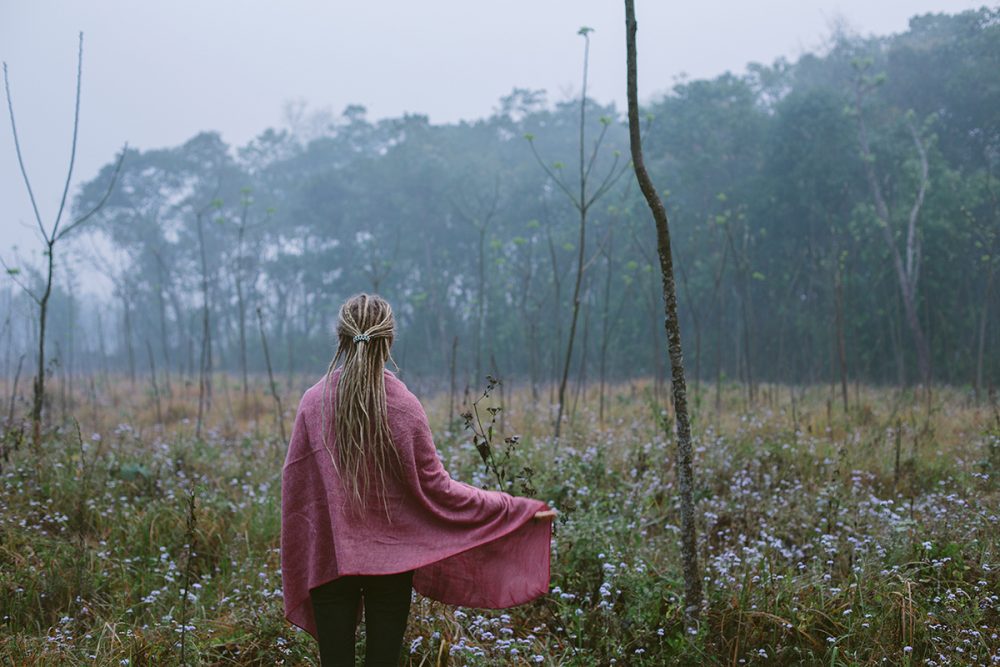 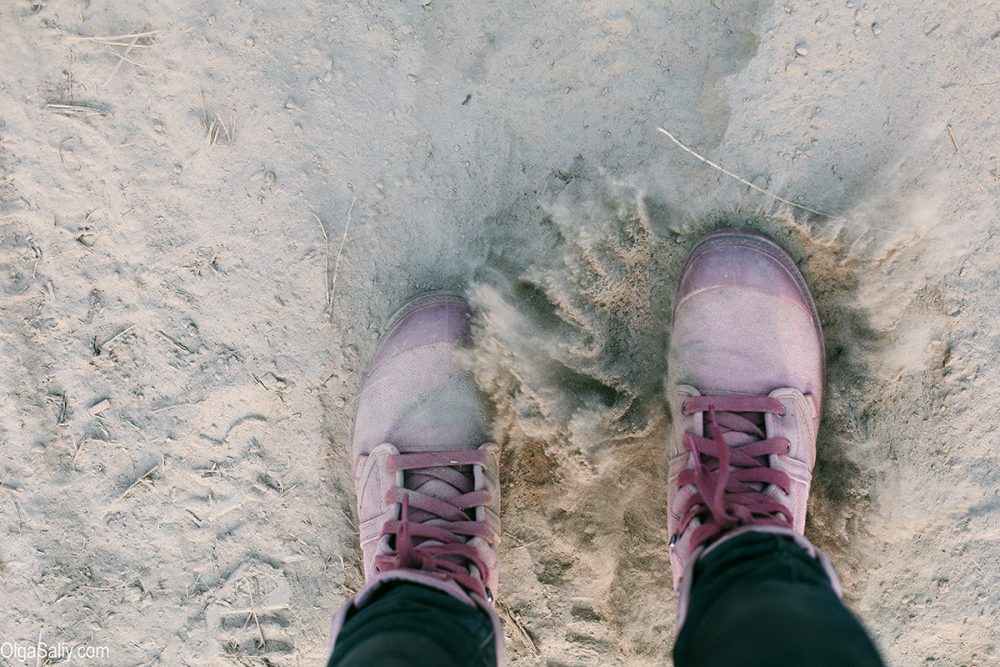 After Chitwan paradise we had another hell of a road, this time to Bandipur. The road was being repaired and closed throughout the day, but all people were driving down this road. Enlightened and white with the dust.

Bandipur is an ancient Newar town located 140 km away from Kathmandu towards Pokhara. The Newars are one of the most numerous people in Nepal mostly living in Kathmandu valley. Long time ago, Bandipur was a point of trade that connected India, Tibet and Nepal. 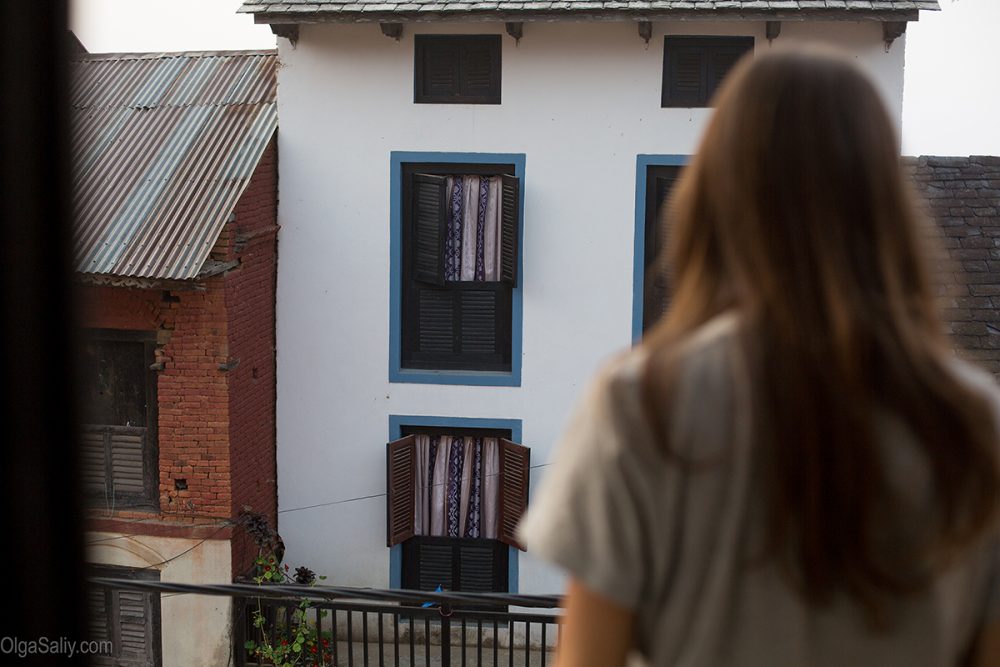 Nowadays, a couple of main Bandipur tourist streets are cozy and full of tourists from all over the world. The town’s located on a mountain, and we were riding there across the thinnest serpentine (if you ride there, a horn should be in order) that was asphalt-paved almost everywhere.

In Bandipur we caught tasty food, relaxing and Holi festival.

The way back also … happened. A couple of times, reaching Kathmandu, I thought that I wasn’t able to ride anymore and tried to call for help, but help was already occupied. That’s why now I can proudly say that I got all the way myself. Riding across Kathmandu was fine, easy and joyful. 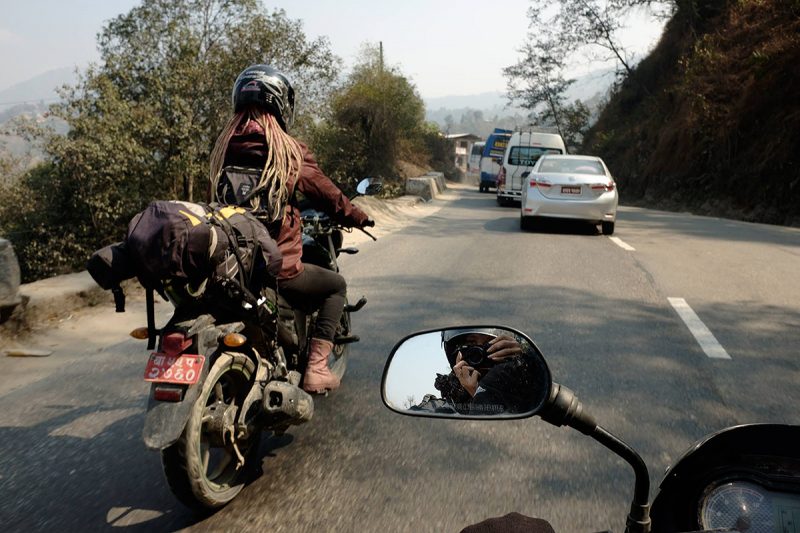 Motorcycles for rent in Kathmandu

Motorcycles like Yamaha cost 800 rupees per day. My bike never stalled under my unexperienced foot, and I think that’s great because changing gears wasn’t always smooth.

We returned motorcycles without difficulties, and even my bike, that has fallen five times, turned out “unharmed”. Then we got to know that this rent company is popular among cool guys using these bikes in serious expeditions. That’s why my falls were drops in the ocean. The company’s located in Tamele, and I recommend these guys for sure, their Facebook community: facebook.com/citymotorbike.